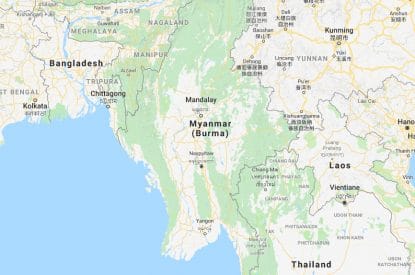 Politicians in Myanmar are considering legalising foreigner-only casinos with legislation presented in the lower house of the South East Asian country’s legislature.

Known as the Gambling Bill 2018, it has been pieced together by the Myanmar Public Affairs Management Committee and will update the Gambling Act 1986.

Local news channels quoted legislator Aung Hlaing Win as saying: “Once the hluttaw approves the amended bill, casinos will be allowed to open in Myanmar. Only foreigners will be allowed into the casinos. As such, the government will target areas with the most foreigners, such as near the border. The passing of the 2018 Gambling Law will enable a whole new sector to flourish and draw much-needed taxes and foreign currency into the country.”

Myanmar has a population of 51.4m but is bordered by India, Laos, Thailand and China with the casinos likely to be located on the border with the latter two countries both of which are well-known for their gamblers.