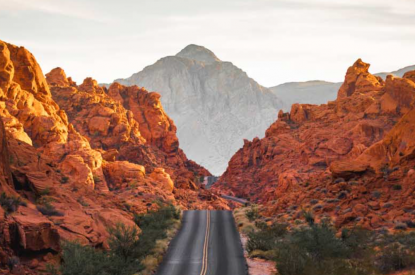 As 2019 turned to 2020, gaming in Nevada was on a roll. From the depths of the Great Recession, the Silver State was back in business and riding high. Construction cranes dotted the famous Las Vegas Strip skyline, signifying a building boom that included the new Resorts World Las Vegas, developed by the Genting Group, the Drew Las Vegas.

Just off the Las Vegas Strip, massive projects have progressed, including the expansion of the Las Vegas Convention Centre and the construction of a new, state-of-the-art multi-use stadium that will soon be home to the Las Vegas Raiders NFL team.

Even downtown Las Vegas experienced significant investments with the rise of Circa Resort & Casino, the first new resort to be built on downtown Las Vegas’ famed Fremont Street since the 1980s, and an expansion of the Downtown Grand Hotel & Casino.

This new investment in the gaming and convention industry was bolstered by the 2019 gaming and tourism numbers that revealed record growth in both the number of visitors to Las Vegas and the gaming revenue realised by Nevada’s casinos.

By any measure, Nevada was back and poised to see even bigger numbers in 2020. And then, suddenly, the Covid-19 pandemic struck, and everything changed.

On March 17 2020, with rising numbers of cases and deaths, Nevada Gov. Steve Sisolak ordered the closure of all non-essential businesses in the state, including gaming businesses. The Nevada Gaming Control Board (the ‘Board’) further instructed gaming licensees that all gaming activity was to cease by 11:59 p.m. on March 17 2020. This was the first time in Nevada’s nearly 100 years of legalised gaming that all such operations were ordered to shut down.

Eventually, on June 4, Nevada’s casinos were allowed to re-open, but only after submitting detailed Re- opening Plans and Covid-19 Mitigation Plans to the Board. Among other requirements, these plans were required to include procedures aimed at mitigating and reducing the risk of exposure to Covid-19 for all employees, patrons and other guests.

Additionally, the Board placed unprecedented restrictions on everything from the number of patrons allowed in casinos (no more than 50 per cent) of the occupancy limit assigned to each gaming area) to limits on ancillary amenities such as restaurants and nightclubs.

These restrictions include physical distancing at table games and slot machine areas, mandatory face coverings for employees, patrons and guests, and enhanced cleaning protocols for common areas and hotel rooms.

In a word, the pandemic’s impact on Nevada’s gaming industry has been devastating. The Las Vegas Convention and Visitors Authority (LVCVA) reported a 96 per cent decline in the number of visitors to Las Vegas during this past April and May compared with those same months in 2019.

Similarly dramatic was the 99 per cent decrease in state gaming revenue in those same months compared to 2019. Not surprisingly, the Board reported that the vast majority of reported gaming win in April and May of this year was due to mobile sports wagering and interactive gaming.

While the gaming numbers appear to be improving since the June 4 re-opening, this seems primarily true for the smaller, locals market in the state, while the Las Vegas Strip continues to struggle with a complete absence of the large events, including concerts, sporting events and trade shows, that increasingly drive a majority of the visitor traffic to Las Vegas.

Largely because of this impact on the gaming industry, which employs one in every four residents of the state, the overall rate of unemployment in the state recently hit 30 per cent, an all-time high for any state at any time since such statistics have been recorded.

Beyond the relatively robust return to normalcy for the local markets located in the suburban and rural parts of Nevada, the Las Vegas Strip has seen what can be described as a phased opening, with most of the large multi-property gaming companies opening just some of their locations in order to evaluate both consumer demand and employee concerns on a gradual basis.

Not unlike many other parts of the world, in Nevada, certain amenities now commonly associated with resort casinos, such as nightclubs, theatres, spas and buffets, largely remain closed.

As noted above, the usually very robust convention and trade show business that has made Las Vegas a worldwide destination, has been shuttered for now. This includes the Global Gaming Expo (G2E) that annually brings more than 27,000 people from around the world to the Las Vegas Strip each fall.

The outlook for the future of the Nevada gaming market remains bullish based on the increasing demand that immediately preceded the shutdown. Pent-up demand will likely allow the Las Vegas Strip to gradually return and eventually exceed pre-pandemic levels of visitors and revenue. The first phase of this returning demand appears to be predominantly drive-in visitors from southern California to Las Vegas, and from northern California to Reno.

The first, which is somewhat controllable by the inhabitants of a specific geographic region, is necessary in order to allow for the continued opening of gaming establishments.

The second, while obviously beyond the control of the people of any particular jurisdiction, is nevertheless the ultimate solution to this pandemic and is a necessary next step toward a return to record growth and profitability.

BHFS gaming practice encompasses a broad range of services from legal, legislative and administrative relating to licensing, sports betting, online gaming, Indian gaming, regulatory and compliance. They regularly manage all issues related to the acquisition and development of hotels, resorts, racinos and casinos.