New Zealand – Casino sale still on the horizon for SkyCity 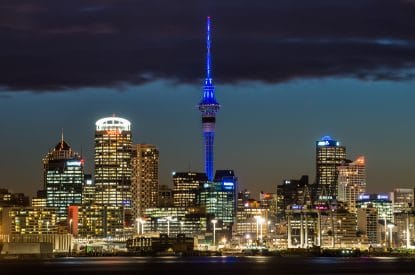 New Zealand-born casino group SkyCity Entertainment Group said ti could still offload its Darwin casino in Australia’s Northern Territory despite expecting its performance to improve in the second half of the financial year.

“We are continuing to evaluate a range of options for our Darwin property as part of a strategic review which commenced in July 2017 following the impairment of the book value for the property,” SkyCity said in a statement.

“A full or partial sale of our interest in the property remains a possibility at the right price. But there is no urgent time pressure given that the property is profitable and cash generative, particularly with the recent stabilisation and slightly improved performance.”

SkyCity generates most of its revenue from its Auckland casino but also operates casinos in Hamilton, Queenstown, Darwin and Adelaide.

In its latest financial results for the six months to 31 December 2017, it saw its normalised net profit after tax (NPAT) was $90.3m up 7.9 per cent on the previous corresponding period, normalised earnings before interest, depreciation and amortisation (EBITDA) up 4.1 per cent to $175.8m and normalised revenue up 3.6 per cent to $545m.

Reported NPAT was up 11.6 per cent to $93.5m on the previous corresponding period due to a favourable win rate on International Business (1.55 per cent) relative to the theoretical win rate (1.35 per cent). Reported EBITDA was up 6.8 per cent to $180.6m and reported revenue up four per cent to $554.7m.

Graeme Stephens, CEOGraeme Stephens, CEO, said: “SkyCity’s’s FY18 interim results deliver growth on the prior year and are largely in-line with our expectations and previous market guidance. We continue to make progress on our current strategic initiatives and the significant developments underway in Auckland and Adelaide position the company for earnings growth and creation of shareholder value over the medium-term.

“Despite ongoing disruption from capital works in Auckland and Adelaide and a slightly less favourable New Zealand economic environment, we remain confident we can continue to deliver growth from our existing assets as well as the new projects in the pipeline,” he added.

All of SkyCity’s properties experienced growth over the period, with the exception of the Darwin property that achieved a stable performance on the previous corresponding period on a like-for-like basis.

The key drivers of the performance were growth from SkyCity’s combined New Zealand properties, a recovery in International Business, stable performance from the combined Australian properties, a lower net interest expense due to increased capitalised interest from our major growth projects and a stronger A$ vs the NZ$.

The company’s flagship Auckland business achieved a second record period of earnings growth relative to the previous corresponding period, with increases in both local gaming and non-gaming revenue and its hotels continuing to trade strongly.

SkyCity’s Adelaide property has returned to growth, with new premium gaming concessions and cost efficiencies helping offset the impact of construction disruption from the early works on the casino expansion project.

SkyCity Darwin achieved a stable performance. The company recently secured a five-year extension of our exclusive casino licence in Darwin out to 2036.

International Business had a positive half-year, with turnover up 9.4 per cent to $4.8bnand normalised EBITDA up 87.1 per cent on the previous period to $14m.

“Based on the financial performance during the interim period, we remain on-track to achieve modest growth in Group EBITDA for FY18, in-line with previous guidance,” Mr Stephens said.