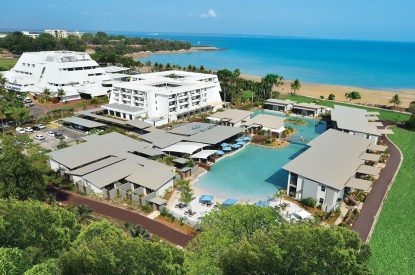 New Zealand-based operator SkyCity could be looking to sell its SkyCity Darwin casino in the Northern Territory of Australia.

Local media has reported that the operator met with investors last month to gauge what interest the market would have in acquiring assets including its struggling Darwin casino, an Auckland hotel and several car parks. News of the meeting sparked rumours of a potential takeover by Australia’s Star Entertainment. The rumours have surfaced following the resignation of SkyCity CEO Nigel Morrison. S

kyCity Chairman Brian Moller outlined that SkyCity would be focussing on finding a new CEO but added that it would consider any offer that was ‘too good to be true’ and was in the ‘best interests of shareholders.’

After eight years in the position, Mr. Morrison’s resignation as Chief Executive and Managing Director, effective 29 April 2016, came as a surprise.

Mr. Moller said: “Nigel has done an excellent job. During his tenure he has secured the extension of the company’s exclusive casino licences in Auckland and Adelaide and negotiated and managed the New Zealand International Convention Centre transaction and construction contract.

“Nigel has also presided over unprecedented growth of SkyCity’s international business and he had the vision to develop the Federal Street precinct into an entertainment and world class dining hub for Auckland,” he added “On behalf of the Board, I thank Nigel and wish him well.”

The operator has appointed John Mortensen, currently NZ Chief Operating Officer to be the Interim CEO pending a global search for a new Chief Executive. His appointment is subject to the usual regulatory approvals.

Mr. Morrison said: “It’s an incredibly demanding job and after eight years, I’m keen to take a break. The company is in great shape with record revenues and profits and an eight year record high share price, with a market capitalisation of $3bn. So as a CEO it’s a good time to step down. The leadership team we have in place is very strong and I’m confident the company will continue to go from strength to strength.

“I’m delighted with what we have achieved at SkyCity over the past eight years. We have truly transformed our Auckland property into a world class integrated entertainment destination. Developing Federal Street and the amazing restaurants has added vibrancy to Auckland,” Mr Morrison added.

“The development and growth of our group wide International VIP business has been an outstanding success. Concluding the Convention Centre Agreement, negotiating the licence extension and the concessions has been a highlight, which together with the potential in Adelaide, will continue to underwrite the company’s future growth.

“Most of all, I’m proud of the culture and all our people at SkyCity that go that extra mile every day and deliver outstanding customer service,” Mr Morrison added.

Mr Moller said that with John Mortensen as Interim CEO the company is in good hands. “He has a long pedigree in the entertainment industry including in-depth experience in gaming operations and casino management, and has earned the respect of the Board in his position as COO NZ.”