NFTs in gaming: fun or fad? 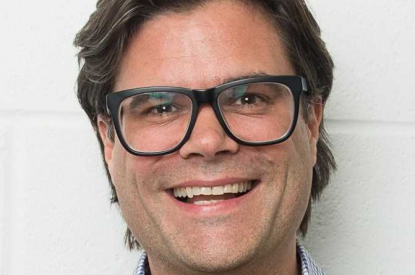 Lloyd Purser, COO at FunFair Games, examines the future viability of NFTs in gaming. With FunFair’s ‘Labs’ development team working on its own NFT racing title (a non-gambling experience), Lloyd explains why he sees it as the responsibility of game content creators to embrace what possibilities the technology provides and applauds Evolution’s Red Tiger for dipping its toes into the NFT space.

NFTs, or non-fungible tokens, have gained significant prominence this year and are rapidly moving towards a mainstream audience. For example, few could have missed the news of the world’s most expensive NFT artwork being sold for more than $69.3m in March this year, which suddenly got everyone talking about this trend and its underlying blockchain technology.

Currently, the NFT market is based on price speculation of digital art such as photos, videos, and audio, however this artwork’s only purpose is to tie its value to an individual buyer. NFTs have not yet been utilised in the mass gaming market, as artwork alone isn’t enough to provide value to a gaming experience. NFTs in gaming need to provide both a function and a value to be sought after.

An example of game items providing value before the invention of blockchain is World of Warcraft. Early on, users began trading collected in-game items that improved the experience such as shields and swords.

Unfortunately, these centralised items were never owned by players and game developer Blizzard Entertainment could have deleted the items from its database if it had wanted to. The attraction to NFTs in gaming is that these digital items would belong to players to be used as they wish.

Any game item can become an NFT and then be transported between games and developers. The player owns that item, and they decide which game they want to use it in or trade with other players outside of the game.

Entire metaverses are being created within the NFT space. ZED Run is the standout success, creating an entirely new gaming environment where users can buy, trade, stud, and breed racehorses to develop more valuable stables.

NFTS IN THE RMG SPACE

In the real money gaming (RMG) sector, Evolution’s Red Tiger has released the first NFT integrated slot game. As a company founded in blockchain technology, we applaud any studio dipping their toes in the NFT pool. Without testing and adoption, we may never unlock genuinely unique gaming experiences for operators and players that blockchain provides.

In the Red Tiger slot, the supplier has purchased its own NFTs and uses this artwork in the designed game, however players can’t interact, own, or experience NFTs first-hand. So, while the NFT space has exploded, it hasn’t yet trickled down to RMG in any meaningful form.

With Gen Y and Z players becoming the early adopters of this technology, creating an innovative and differentiated gaming experience with NFT technology could open a new demographic of players for brands.

Initially, it could be as simple as enabling players to have their NFT CryptoPunk character as an avatar at the poker table in one game, or your NFT may be the symbol needed to hit the jackpot in a slot game. Both games can be from different studios, running on various platforms and operators, all using the same player’s NFT asset.

Providing this level of personalisation to players with assets they own is the most straightforward implementation right now and could be an advantage to getting players to stay in operators’ casinos. This will take time and experimentation with content providers before this limited NFT experience will be available. While the technology is still finding its feet, game studios will have to do the same.

The real growth in NFT for real money gaming will, however, likely only occur in their ecosystems, not operators, such as ZED Run. Looking at ZED Run specifically, we can make some calculated guesses as to how this market will evolve. ZED Run is a digital representation of a real-world business, horse racing. It allows horses to be bred, raced, and traded, and it’s not too much of a stretch of the imagination that these new metaverses will start to incorporate some form of betting as well.

ZED Run could easily (ignoring regulation for now) allow users to bet on horse racing for real money as they do in the real world. The algorithms are already in place to add elements of chance to these races. The economy of racing and betting, using blockchain, would be provably fair, which is a huge benefit to players.

At FunFair, our Labs development team has worked on our own NFT racing title, which is a gaming, not gambling, experience. It is a multiplayer game with an NFT marketplace, app store integration, and offers a web 3.0 gaming experience built within the web 2.0 platforms that players are familiar with.

The game allows users to build their racers. They must choose whether to prioritise speed or to load up on weapons to take down their competitors at the expense of keeping up with the pack. Every part of the racer is an NFT – the wheels, engine, weapons and more. Players choose their chassis design and then bolt their NFTs on in the garage before hitting the track.

Players can compete against each other to take first place and win coins to buy and upgrade their cars with new and better NFTs, improving their racer further. These NFTs are items they own themselves, so they can trade them with other players on the open market or use our FunFair market. This ecosystem provides users with the ability to own NFTs and use these items in-game. It affects the outcomes of their races, making NFTs a payout mechanism while also providing real value to the players.

The most apparent learning from this year’s hype is that there is a keen interest in NFTs. While the market remains speculative, it has captured international attention and indicated an audience for it and, with the addition of partnerships like Nascar in metaverses like ZED Run, large brands also appear to agree.

To ensure NFTs are not just a fad where investors simply buy art, it’s up to the game content creators to truly embrace what possibilities this technology provides. Be it via the creation of NFTs within existing experiences or an entirely new gaming concept that encourages engagement between players and their assets within a metaverse.

As an industry we are known for our innovation and creativity, and for pioneering new technology, so it’s not a stretch to say that numerous products featuring NFTs in one way or another will soon enter the real money gaming space.

Funfair Games: the many phases of multiplayer games