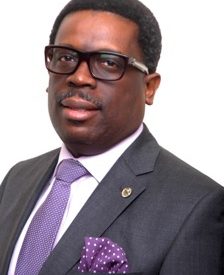 A strong regulatory system that helps the industry to thrive is the key to success for gambling in Africa, according to the head of one of the continent’s leading gaming authorities.

Lanre Gbajabiamila, the chief executive of the Lagos State Lottery Board (LSLB), will discuss the achievements of his organisation when he delivers one of the keynote speeches at World Regulatory Briefing Africa (WrB Africa), which will take place in Lagos, Nigeria on April 11-12 and is organised by Clarion Events, the team behind ICE Totally Gaming.

Ahead of his appearance, Mr. Gbajabiamila said that the legalisation of many forms of gambling in the Nigerian state has been beneficial because a robust licensing system has enabled law-abiding operators to offer a range of regulated products, raising money for good causes while also deterring criminals.

The LSLB splits its focus into four areas – regulate, protect, promote and generate – meaning that it plays a role in the development of the legal gambling sector, while also keeping check on the various licensed lottery, betting and other operators.
“Regulation has proved very effective,” said Mr. Gbajabiamila, who has led the LSLB since 2007. “Prior to the set up of LSLB, the industry in Lagos was largely informal and unregulated. Aggrieved persons had no means of seeking redress for wrong done and the state also lost revenue that could have been generated.

“The benefits are job opportunities, wealth creation and social development of the state. Our major concerns are always unlicensed operators and the threat of underage gaming.”

Mr. Gbajabiamila believes that strong regulation has allowed operators to attract customers from across society, including wealthy individuals who may have previously been repelled by criminality within the sector.

The move from unregulated to a regulated system will be of great interest to attendees at WrB Africa, at which attendees from across the gaming industry will discover more about the current regulatory landscape in sub-Saharan Africa and gain exclusive insight into key market opportunities.

Mr. Gbajabiamila added: “The informality of the sector cast it in a bad light and partly responsible for the stigma associated with gaming.

“In the past, it was only patronised by low income earners and uneducated people and seen as a vice for illiterates. In recent times, with involvement of regulatory bodies and proper framework, gaming has become popular and accepted by all classes of individuals.”

As both a promoter and regulator, the LSLB “adopts a stakeholder-inclusive approach in its regulatory functions. We ensure and guarantee conducive operating environment for licensees and integrity of games for stakers.”

It is therefore in the organisation’s interest that the sector is a success, as more revenue can be directed towards good causes.
Mr. Gbajabiamila is optimistic about the continued growth of gambling in Lagos and Nigeria, with technology and the public’s appetite for sport among the driving forces.

“The Nigerian gaming industry is an evolving one and gradually expanding,” he said. “More states and individuals are becoming more aware of the opportunities that exist in the industry in terms or entertainment, revenue and employment.

“Online sports betting has become more popular than other gaming activities over the years, probably due to Nigerian’s passion for sports, particularly football.

“The evolution of technology also contributed to the development of gaming and patronage as interested persons can play from the comfort of their homes without having to visit outlets.”

As well as offering superb networking opportunities, WrB Africa will also feature executive-led presentations and debate about matters as diverse as setting up a sportsbook in an African country, to marketing and anti-money laundering legislation.

Influential decision-makers representing global operators and suppliers, regulators from across the region and more will be in attendance, all hoping to benefit from the wealth of local knowledge and experience the gathered panel of industry luminaries will be sharing.

Mr. Gbajabiamila said: “Hopefully it will create awareness, attract investors and stimulate growth of the economy. It will be useful to keep abreast of global development in the industry.”