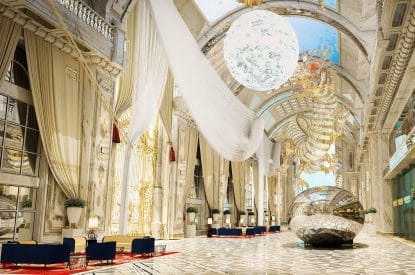 Imperial Pacific International, the operator behind the Imperial Palace resort in Saipan, has come out fighting after an article published by Bloomberg in which it claimed’ illegal workers’ had worked in poor conditions.

The article also questioned once gain the impressive figures generated by the casino’s gaming tables and highlighted some unusual payments to relatives of legislators.

Imperial Pacific ‘repudiates all allegations of wrongdoing’ published by Bloomberg in a Feb. 15, 2018, article, according to a release from the casino company.

It stated: “Imperial Pacific reassures the public that it strives for nothing less than full compliance with all laws and regulations of the CNMI and the United States. Moreover, Imperial Pacific remains steadfast about meeting its obligations to contribute to the development of the gaming and resort industries in the CNMI.”

The company added it is “committed to becoming a good corporate citizen and community member, and is equally grateful to its employees, their families, the private and public sectors, and the people of the CNMI for their work and support.”
In its statement, Imperial Pacific said the Bloomberg piece “is just another enumeration of false claims similar to those in similar Bloomberg articles” involving the company.

“It is apparent that the article was written to attack Imperial Pacific, its owners and agents, the Commonwealth Casino Commission, the CNMI government and its leaders, and individual members of the CNMI community,” the company stated. “Imperial Pacific is concerned about Bloomberg’s actions to undermine confidence in the casino gaming industry, the company, its dedicated employees, and the people of the CNMI. Defending against fake-news-like attacks or tactics from global media is difficult. Nonetheless, Imperial Pacific remains dedicated to the CNMI, and Imperial Pacific will explore all legal remedies available at law and take legal action where warranted.”