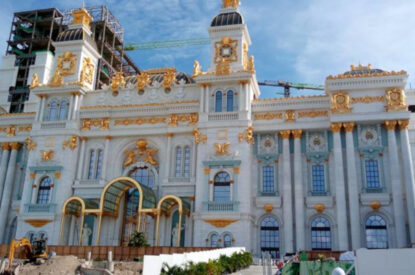 Having issued a profit warning at the start of the month, Imperial Pacific confirmed that a huge slump in VIP at its Imperial Pacific Resort on Saipan in the Northern Mariana Islands, resulted in a loss of HKD2.97bn (US$378m) in 2018.

Imperial said: “Both the VIP table games rolling and gross revenue showing a decline compared to the same period of last year due to the impact of the FIFA World Cup, tightening marker credits and disruption caused by typhoon Yutu. Due to the damage of Yutu, Saipan international airport which was closed for almost one month, the operation at our casino was adversely affected.”

“With the visitation recovering and four new junket licenses approved by Commonwealth Casino Commission (CCC), we expect to commence collaboration with gaming promoters in the coming year,” it added. “Having the advantage of CNMI’s relatively low tax regime, we believe we will be able to offer very competitive commission rates to potential gaming promoters. Our VIP customers primarily consist of credit players. Geographically, most of our direct VIP patrons come from China, Hong Kong, Macau and Korea.”

The company added: “We will continue to review our mass gaming areas to maximise table utilisation, to expand our gaming areas, to innovate our gaming products and to invest in technologies and analytical capability to enhance table productivity and customer retention.”

The property’s completion has suffered delay after delay although the company is now confident it can move forward.
“The lack of the labour situation has been ameliorated tremendously during the year, we have secured adequate labour supply from the Philippines and Taiwan to ensure the need of the construction,” it explained.