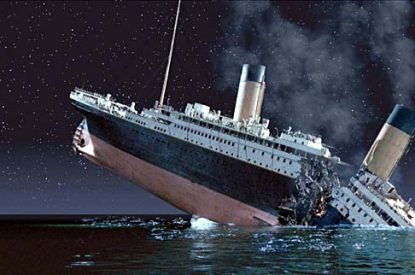 Two major investors are planning to build a Titanic-themed casino on Tinian in the Northern Marianas having been given the green from the Tinian Casino Gaming Control Commission.

Bridge Investment Group and its major shareholders, Silvia Siu and Xianjun Meng have been ruled as suitable investors for a casino license by the Commission.

Bridge is planning to construct a US$130m casino and hotel called Tinian Ocean View Resort which will be replica of the Titanic ocean liner that sank in the Atlantic Ocean in 1912.

Bridge is planning to construct a 300-room casino project at the harbour with retail, leisure, a 38,000-sq. m. casino banquet room and a wedding chapel. The plans will see the replacement of two buildings situated at the Tinian Harbor.

American Northern Marianas Regional Center Chief Executive Officer Philip Mendiola-Long confirmed that Bridge Investment Group would be delivering the plans for the replacement buildings at the port for CPA’s review and approval next week. Once plans are accepted by CPA, he said the company would place the order for the buildings with the plans to have them on Tinian for assembly by May.
There are now four major groups looking to invest in Tinian and transform it into a global gaming destination.

Mega Stars Overseas, a major investor in Tinian Dynasty Hotel & Casino, Alter City Group, who will construct a casino city on 155 hectares at Puntan Diablo and Saipan Jing Hua Investment, who wants to build a $4bn casino on 300 hectares of public land at Puntan Pina.