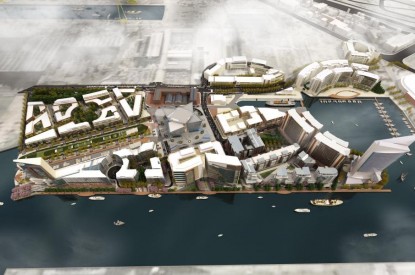 Mr. McCausland was dismissive of a plan by the Rank Group for a casino in Belfast saying that had not yet been in touch with his department although the operator had made a submission last year.

“I’m not quite sure what their thinking is, but it was surprising that they didn’t contribute to the discussion,” he explained. “It’s a bit late now in the day to come along because we are about to take a package of proposals to the executive and to the assembly and I want to go to the assembly with the changes in the gambling legislation next year. We were looking for more information and more information will be provided over time. At the moment, in principle, we were neither for it nor against it. We were just saying, ‘you have told us your story, we are suitably sceptical’.”

Tom Ekin, Chairman of the council’s licensing committee said however that ‘opportunities to gamble from home and on television’ were more likely to have a negative effect than a bricks and mortar casino.
“A well-run casino that has got the variety of things that were referred to such as restaurants, bowling alleys, bars, theatres and so on,” he said.

Rank Group, which operates 55 casinos in Britain, would need to see a change in legislation in order to operate a casino. It wants to create 200 jobs by building a casino which would also include restaurants, bars, a theatre and a hotel all under one roof in the Titanic Quarter of Belfast.

Dan Waugh from Rank said: “We believe we could bring something to Belfast, which doesn’t exist, and would attract people into the city centre for fun and entertainment. We have a range of measures to protect our consumers including research, education and support services. We are realistic, but optimistic over this proposal. It is a proposal that has a lot of public support and we think the scale of investment and jobs we are offering should be taken seriously.”

However, DUP minister Nelson McCausland, added: “There has been a very extensive consultation process with a range of people and organisations on gambling legislation. At the end of that I have come to a conclusion regarding a package of changes for gambling legislation in Northern Ireland. It has been many years since there has been changes. Certainly from the consultation responses there was no appetite for a casino in Northern Ireland and I would be minded to move in that direction.”