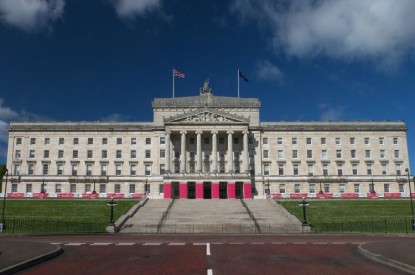 A recent survey, carried out by the polling company LucidTalk on behalf of social policy charity CARE NI, which is campaigning for gambling law change, has shown that the majority of people in Northern Ireland support reforming the country’s gambling laws.

Northern Ireland’s gambling legislation dates back to 1985 and critics argue it is not in line with the digital age.

According to the Department for Communities’ 2017 research, the north has a problem gambling prevalence rate of 2.3 per cent – more than four times higher than England where it stands at 0.5 per cent. In Scotland, the figure is 0.7 per cent and in Wales 1.1 per cent.

The department held a public consultation last year on the issue, but the final report has not yet been published.

When polling company LucidTalk asked what best described their position, 92 per cent said maximum stakes and prizes online should be regulated by law, with only 8% saying there should be no limit.

Public policy officer Mark Baillie said the current legislation was ‘hopelessly out of date and belong to a different era where online gambling didn’t exist.’

“Times have changed and the recent lockdown here in Northern Ireland has only increased the pressure on people with gambling addictions,” Mr. Baillie added. “The uncomfortable truth is that Northern Ireland has a real problem with gambling related harms and this means it’s all the more urgent to reform our current laws. This polling very clearly shows doing so would be hugely popular with the general population with the clear majority supportive on stake and prize limits on online games regulated by law and a mandatory levy on betting firms. CARE NI responded to the Department of Communities consultation on problem gambling and we look forward to the results being published soon. Our politicians must make this issue a priority and address the exploitation of vulnerable people thanks to a poorly regulated gambling industry.”