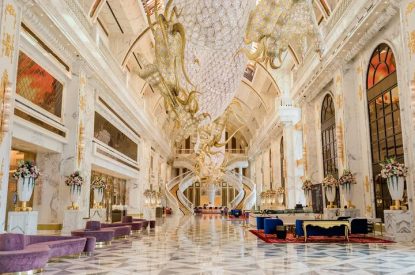 The Governor of the Commonwealth of the Northern Mariana Islands has told Imperial Pacific International (IPI), the previous owner of the now shut Imperial Pacific Casino, that if it doesn’t stump up its arrears, the Government will take ‘the next step.’

Imperial needs to pay a penalty of US$6.6m, an annual casino exclusive licence fee of US$15.5m and annual casino regulatory fees of US$3.1m.

The District Court for the NMI recently ruled against the casino operator in favour of seven construction workers who took Imperial to court over forced labor allegations, ruling that the operator had to pay $5.9m in damages.

The workers reportedly had to enter Saipan as tourists and not workers and were forced into unacceptable labour conditions.

Imperial has lodged an appeal against the Commonwealth Casino Commission (CCC) for its decision to indefinitely suspend its gaming licence.

Juan T. Lizama, IPI’s lawyer, filed the appeal, with CCC commissioners agreeing to make a technical change to the order.