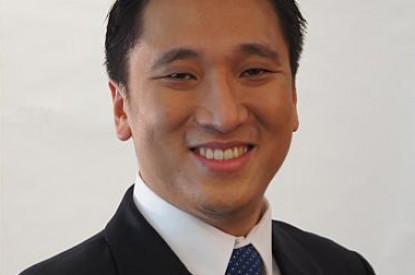 The International Association of Gaming Regulators, (IAGR) has announced its 2013-2014 Officers at the 2013 Annual Business Meeting held in Oslo, Norway in conjunction with its annual conference.

Lau Peet Meng of Singapore was inducted as President during the association’s first conference in Oslo.  He is the Chief Executive of the Casino Regulatory Authority of Singapore.  Ms. Birgitte Sand of Denmark was elected to the office of Vice President of IAGR.  Ms. Sand is the Director of the Danish Gambling Authority.  Treasurer A.G. Burnett, Chairman of the Nevada State Gaming Control Board and Secretary Trude Felde, Senior Advisor of the Norwegian Gambling and Foundation Authority retained their respective offices for the next year. The rest of the Board of Trustees remain unchanged. They are :

On the plans ahead for IAGR for the coming year, Mr Peet LAU said: “IAGR is well placed to make a significant impact on the rapidly developing gaming industry worldwide. As the only international organization representing gambling regulators from all over the world, we have a unique opportunity to be a collective voice for regulators. We will continue to engage the industry and our stakeholders to learn how best we can each put in place the appropriate regulations and guidelines that to ensure that the industry conducts its business with proper regard for the vulnerable in society and the protection of their customers. We will press on with our efforts to develop common platforms like the Multi-Jurisdiction Business Form that can provide a high-quality and easy-to-use form for our members, and one that can also potentially help businesses minimise the hassle of using different forms across various jurisdictions. Our working groups will continue to explore new and better ways to coordinate our regulatory approaches, including for e-gambling. We will of course continue to organize world-class conferences for our members where we can learn from each other best practices for our regulatory work.”

LAU added, “I would also like to put on record the Association’s deep appreciation for the world-class conference put together by the Norwegian Gaming & Foundation Authority in Oslo, which was IAGR’s most successful conference to date in terms of attendance. It was a wonderful occasion for deep learning and exchange of ideas among regulators around the world. I would also like to commend the sterling leadership of Ms Susan Hensel the past two years. Under her charge, she has given IAGR a visible and effective presence, and attracted many new members to our fold. I am glad she is able to continue to remain on the Board of Trustees to continue to contribute to our work, and I look forward to our conference next year in Philadelphia which I am sure will be another fruitful gathering for all our members.”

Ms. Hensel stated, “I am proud of all IAGR has been able to accomplish since becoming an independent non-profit association in 2011.  IAGR is well positioned to go to even greater heights and I am confident that Mr. Lau is the right person at the right time to lead the association forward.  Mr. Lau has made numerous substantive contributions to the association as both Vice President and Trustee and I look forward to working with him and the other trustees as he works to fulfil his vision for IAGR’s future.”
The conference, which was held September 29 to October 2, 2013, set a new attendance record for over 200 attendees from 33 countries.  Among the topics covered during the conference were:

Economy, Technology, Sociology and Gaming:  A Glimpse into the Future; Problem Gambling – A Regulator’s Challenge?  Success or Failure?; Server Based Gaming and Player Card Verification; Enforcement Framework and Sanctions; Match Fixing:  The Role of Regulators in Addressing the Threat; A State Operator’s Challenge in a Digital Global Gaming World; Auditing Casinos, Probity Checks and Compliance; The EU Action Plan on Online Gambling: One Year After.; Changing Public Policy and Gaming Law; How do Operators regard Regulators – What works and what could be improved?; Gaming and Gambling on Social Media Platforms – a 360 Degree Perspective.

The conference featured an opening address by the Norwegian Minister of Culture Hadia Tajik and a keynote address by Dr. Kjell A. Nordström, Associate Professor at the Stockholm School of Economics.

Atle Hamar, Director General of the Norwegian Gaming and Foundation Authority stated,  “I am thankful to every regulator and attendee who came to Oslo, and contributed to make IAGR 2013 a wonderful conference and networking meeting place. “

Begun in the 1980’s, IAGR works to advance the effectiveness and efficiency of gaming regulation throughout the world and provides a forum in which gaming regulators from various countries can meet, exchange views and information, and discuss policy issues.

In addition, IAGR creates a means of fostering cooperation between gaming regulators in the performance of their official duties and is a central point of contact for inquiries from governments, gaming regulatory agencies and personnel, and representatives of the international gaming industry.

IAGR will hold its next annual conference in Philadelphia, Pennsylvania, USA in October 2014.