Panama – Gaming revenues down in Panama 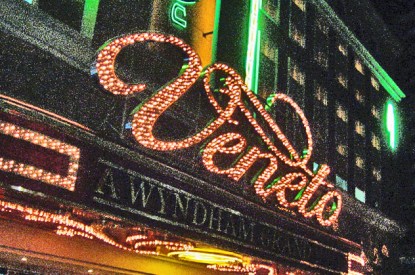 Gaming income generated for the state is down by 17.2 per cent in Panama going down by US$1.4m in October compared to the previous month.

According to statistics released by the Ministry of Economy and Finance, in October gaming revenue generated by the industry for the government stood at around US$6.8 while in September it stood at U.S$8.3m.

According to the president of the Association of Managers of Gaming (ASAJA), Antonio Alfaro, the decline in revenues could, however, simply be down to the fact that January, March and August are the busiest times for the casino industry due to the higher influx of tourists during these months. In addition local insiders say that revenue in casinos are down due to the rapid growth of slot parlors in the country – an issue that could well be addressed by the government in the near future.
According to statistics released by the ASAJA there are 7,300 slot machines in slot parlors in Panama and 5,400 slot machines located in casinos. While the most recent statistics may not be that troubling, as reported in November revenues across some sectors is on the decrease for the first time in ten years according to statistics released by the Panamanian Gaming Control Board (JCJ). According to the JCJ a total of U.S$129m was bet in the first six months of this year compared to U.S$147m in the same period in 2013.

All the same Panama has been a bright spot for the industry for some years. Gambling legislation of 1997 established a clear legal framework in which the industry could operate and the industry has grown under the supervision of the Gambling Control Board in a well-regulated business environment.