Panama – New rules to curb growth of gaming in Panama 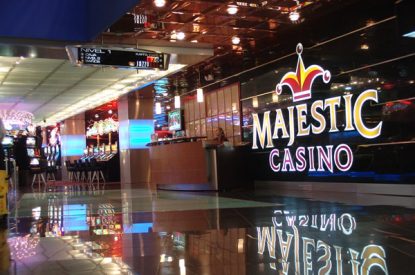 The Commission of Economy and Finance in Panama’s National Assembly has begun the consultation phase in the first debate of the bill that will restructure the Gaming Control Board.

The new bill aims to curb the growth of gaming in Panama and is focused on tackling the rapid proliferation of slot parlours especially in lower income neighbourhoods.

President of the commission Deputy Miguel Salas, said earlier this week that new proposals seek to regulate casinos and gaming halls due to their proximity to local to communities, schools and churches and said that changes were necessary as gambling had negatively “affected the population’s health.”

Deputy and proponent of the new rules, Ivan Picota, argued that those with a low income need to be protected due to the fact that slot parlours have expanded into low income neighbourhoods and he specifically emphasised that regulation was needed over type C gaming rooms.

The expansion of slot parlours in poorer areas has been a growing cause for concern and there have been growing reports this year that the government had been poised to tackle the issue. This was after a number of statements released by the Gaming control Board (JCJ) that it considers Type C machines, to be the main causes of pathological gambling, since they are located in nearby low income neighbourhoods. Type C slot parlours house slot machines which may only pay a maximum of US$200 per machine in prizes.

President of the Association of Managers of Gaming (ASAJA), Antonio Alfaro said that the problem did not lie with casinos located in hotels. Instead the number of slot parlours should be limited and should be located no less than 500 meters from schools, churches and medical facilities. Another proposal, which is now being considered by the government, would limit the number of machines to fifty per establishment. The ASAJA has also submitted a draft law to the National Assembly which would allow for exclusion and self-exclusion for gamblers in Panama.

In 1998 the government passed a wide sweeping gaming law which permitted casinos as long as they were part of five star hotel with a minimum of 300 rooms. Since then the casino industry in Panama has grown rapidly. Today there are around 7,300 slot machines in slot parlours and 5,400 slot machines located in casinos. According to the latest statistics released by the Panamanian Gaming Control Board (JCJ) gaming tax revenue generated by the industry stood at US$96.1m in 2014 compared to US$80.1m in 2013 – a 20 per cent increase of U.S$15.9m. Meanwhile, tax revenue generated in type C sot parlours stood at US$11.6m.