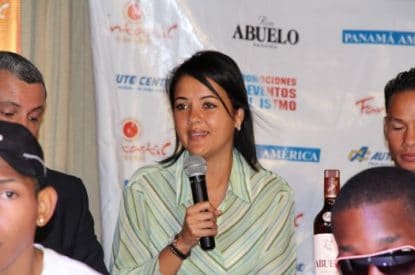 The Panamanian Association of Gambling Operators will ask for a veto on a new bill that grants an increase to retirees financed by a tax on the net profit of slot machines and betting centres.

President of the organisation Yelytza Amador said that the increase came as a surprise because the original bill had not included the same amount. The National Assembly approved the new project in the third debate on the issue last week with the aim of increasing pensions of up to a maximum of US$1,500. In order to finance the increase the government is now considering a seven per cent tax on remittance transfers (international wires) and a tax on the profits on slot machines and betting centres equivalent to five per cent. The new tax has generated opposition amongst a number of other business interest groups which are requesting that the President veto the new project.

Amador said that the news was yet another blow for the industry, which has seen falling revenues and thousands of layoffs over recent years. “I’m surprised they (the government) make decisions so lightly. Everyone knows that casinos are going through a very difficult situation.”

Amador said that around 5,000 people have already lost their jobs.
“This does not have to do with whether people like gambling or not, this is a matter of people having the right to decide if they like the racecourse, the lottery or the games of chance. This is a matter of legal security, of the existing contracts with the State and the paying of what the industry already contributes,” she said.

Amador said that for every dollar wagered 0.93 cents is returned in prizes and estimates that the remaining 7 cents are used to pay the 18 per cent in licence fees, salaries, investment, debts and social security. In addition, gambling establishments are also still struggling to recover from a 5.5 per cent tax which now applies to all cash withdrawals made in casinos, slot parlours, bingo halls and sports betting shops and tracks. “We are strangling the industry,” she said.

In July it was revealed that gambling between January and May fell by 5.6 per cent compared to the same period in 2017. According to the Association of Managers of Gaming (ASAJA), the 5.5 per cent tax already in place on the industry has not only affected the gaming industry, but has also affected the government’s own revenues, since between 2014 and 2016, tax collection from the industry decreased by 17.7 per cent – equivalent to US$17m. According to a report from the Gaming Control Board (JCJ) last year, state coffers received around US$86.7m compared to US$96.1m in 2014. However, the government has consistently defended its decision to raise taxes in order to combat gambling addiction and raise US$60m of the US$74.8m needed to increase pensions.