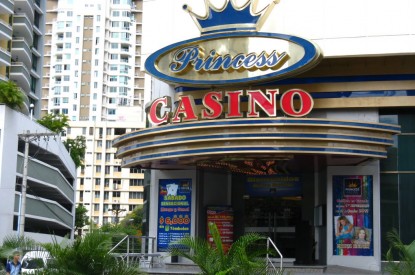 According to the President of the Association of Managers of Gaming (ASAJA), Antonio Alfaro, new regulations stipulating a tax on cash withdrawals by customers in Panama’s casinos, are now being plagued with a number of technical issues which make it almost impossibly to collect the tax.

Law 23 went into effect in May which applied a tax on cash withdrawals from casinos of 5.5 per cent. However according to Mr. Alfaro those responsible for drafting the law were not aware of the intricacies behind the accounting procedures on casino floors. For Alfaro, errors in the regulation mean that the lawmakers responsible for drafting the document did not know how accounting management procedures of casino works. “The authorities should have asked what things could have been done and what couldn’t have,” he said.

However, Javier Said Acuña, Head of the Legal Department of the Directorate General of Revenue (DGI), said: “Casinos and slot halls know that the tax is fully in force and must collect it as established by law.”

According to Alfaro, the ASAJA have been in communication with the Gaming Control Board, the DGI and the Legal Department of the Ministry of Economy and Finance, since the regulation was published and have made them aware of the problems they are now facing.

The previous law stated that seven per cent was payable on payouts of US$300 or more via slot machines. However the 5.5 per cent tax applies now to all cash withdrawals made in casinos, including tips to employees, who have already expressed their complaints on the grounds that tips form part of their salary.

“We have absolutely nothing to do with this tax, we have been ordered to gather and collect it and transfer it to the state. The person is responsible for paying the tax is the customer, we are responsible for collection and that’s what the government has not been able to communicate,” Mr. Alfaro said.

Complicating the matter further is the fact that tax deductions are made even if the customer cashes in chips without winning. Mr. Alfaro explained, if the customer buys US$100 in chips and decides to stop playing after losing US$80 and wishes to cash in US$20 the tax is still deducted.

The ASAJA has also called for exceptions to the tax for horse race betting not only in the President Remón race track but also all sports betting centres as many already face closure.