PandaScore: the future of CS:GO, Overwatch and Valorant 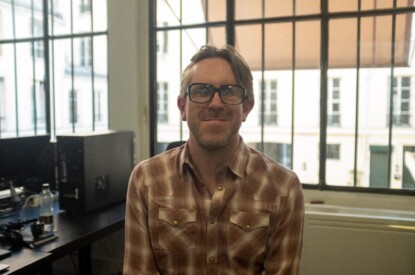 CS:GO is one of the more mature and widely recognised products within the embryonic esports ecosystem. PandaScore’s Oliver Niner sets out his vision for the multiplayer first-person shooter and how Valorant can catch up to the the likes of DOTA 2 and League of Legends.

Oliver, in what ways do esports fans consume content differently from fans of ‘traditional’ sports?

Esports fans have been brought up within the short media culture. They access streams all of the time and are highly engaged with data and short video clips. Traditional sports fans tend to subscribe to a number of media outlets to access content and they also like to discuss sports in a face-to-face social setting such as the pub. With esports fans, this is done online and via social media and chat platforms like Twitch, Discord and Slack.

How does this translate when it comes to betting patterns and behaviour?

It is very early days for esports and esports betting, so it is difficult to ascertain betting patterns and behaviours. We are monitoring esports customer behaviour and while it is embryonic there are some trends and patterns that are starting to appear. These will become much clearer as esports and esports betting reaches mass adoption and more data becomes available.

At present, there are no specific esports acquisition and conversion campaigns that we can draw insights from. This is mostly because the operators that have been successful in the esports betting space exist on their own so do not share their data; nor is there a prominent supplier that delivers content and marketing campaigns across multiple operators. This is a gap in the market that PandaScore is looking to fill.

From what we can see, taking a multi-channel approach to acquisition is the most effective approach but there are a number of different ways to go about this. Ultimately, it comes down to selecting the best channel for the specific territory being targeted and any restrictions that might be in place.

Twitch is a powerful channel for engaging with consumers, and team sponsorship is good for brand awareness. Operators just need to ensure that the marketing activity they undertake engages the audiences they are seeking to target.

How does affiliation work in esports?

This is still in its infancy. There are some very successful sites in the market covering Counter Strike: Global Offensive (CS:GO) and League of Legends (LoL), some of which have been acquired by affiliate power players in multi- million-pound deals. But the CPA for esports betting remains low for the time being at least.

The sites that do well tend to be data-rich and provide users with reams of stats and information, as well as insights. Esports fans and bettors are data-savvy and data-immersed, so affiliates must provide stats if they are to capture player attention.

What, if any, are the technical barriers that need to be overcome for esports betting to reach its potential?

Latency is undoubtedly the biggest technical challenge being faced. In traditional sports, fans are at a stadium and they get to see the action live. For those watching on television, there is a slight broadcast delay of perhaps a second or two. With esports, there is a delay for those watching live and for those watching at home. More significantly, the delay is much longer – upwards of three minutes.

For punters, this creates a very different betting experience and one that stacks the odds very much in favour of the bookmaker. For many, it is enough to deter them from betting at all. This really does have to change and by working with regulators it is a challenge that can be overcome.

Another hurdle is competing for technical bandwidth with operators often stretching resources to launch their esports proposition. To be successful, they really should dedicate more bandwidth to rolling out their esportsbook but convincing them to do so is easier said than done.

What innovations within the esports betting space have caught your attention?

From our perspective, it is our odds product which includes a market-leading Bet Builder. We have also been working on a Micro Betting product which works in a similar way to in-play betting.

This means esports bettors will be able to place short, sharp transactions that result very quickly. This will be another industry first for PandaScore and we are excited to roll it out shortly.

Does esports merit its own tab on the sportsbook?

I don’t think it pays to be too precious about this. There are a couple of ways to launch an esports betting product either via a tab on a sportsbook or as a dedicated site. I would always suggest a dedicated esportsbook as it is its own product with each esport having its own peculiarities.

It is worth noting that many operators have launched successful esportsbooks by taking a front-end approach that is different. There are many ways to do it and operators just need to decide which is the best way for them.

There is a regulatory body already, the Esports Integrity Commission, but this is more to monitor the integrity of the sport itself. In terms of esports betting, regulation tends to get rolled into other things – Gaming Laboratories International, for example, includes esports betting in its general certification offering.

But as the sector continues to grow it is obvious that lawmakers and regulators will want to extend their frameworks to specifically cover esports betting. I would hope that the vast majority look to regulate the activity that is currently taking place rather than make a knee- jerk reaction and ban the activity before looking to approve it at a later date.

What is the future of CS:GO?

CS:GO is one of the most mature products within the esports ecosystem but I believe that over the coming months and years it will enjoy greater market depth with faster, richer content that includes improved fan engagement tools.

This will result in a more refined, complex but interesting product. I also think there will be more competitions held in more countries around the world. In short, the future looks bright for CS:GO.

Why hasn’t Overwatch succeeded as well as other titles as a betting product?

Because the competition system did not work. When the league was established, the founders tried to create something that would be similar to a European Super League for football and put significant capital behind driving growth.

But esports doesn’t really work like that and growth comes organically. Overwatch tried to force something that didn’t engage players and as such the betting architecture did not follow.

How does Valorant catch up to the likes of DOTA 2, League of Legends and Counter-Strike?

Valorant is inherently popular so growth will come organically, but this will be driven in part by more competitions and better structure in the set-up of events, which we have started to see this year.

I think we will see more high-level tournaments in the A and S Tiers, and this will also help it play catch-up to the likes of DOTA 2, LoL and CS:GO.

Where are the most lucrative esports markets and which hold the most potential?

The CIS region was incredibly lucrative but due to recent world events, the market’s future is now uncertain. We are seeing great growth in Eastern Europe and the UK, and Scandinavia is massive. Then you have the likes of the US and Latin America – in the latter, we believe that Brazil and Mexico have the potential to be huge markets.

What is the future for esports in Brazil as licences are handed out?

Brazil will be big for sports betting but we believe it will be even bigger for esports betting. LoL and DOTA 2 are incredibly popular in Brazil and the market opening up will be a bang moment for the sector.

As such, we will be looking to partner with licensed operators seeking to launch esportsbooks to players in the country.