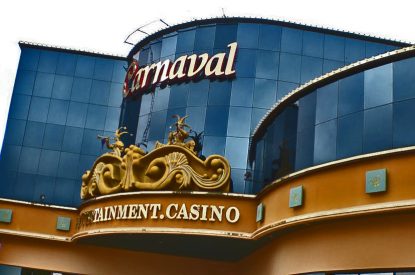 A judge has stated that all of the members of the Paraguayan Gaming Board (Conajzar) now face charges of fraud. Judge Humberto Otazú confirmed that charges had been brought against José Ortiz member of the Ministry of Finance and President of the Gaming Board, Carmen Alonso Head of the Directorate of Charity and Social Assistance (DIBEN) as well as a number of other high ranking government officials.

The officials have been accused of breach of trust and the usurpation of public functions. Last week prosecutor María Estefanía González stated that many irregularities had been discovered regarding both the licensing process for slot machines, reduced fees and the licensing of quiniela games.

In the complaint, the prosecutor drew attention to the 50 per cent reduction in the fee for gambling companies, which had led to losses for charitable organisation DIBEN. In addition, she highlighted the fact that slot machines had been legalised in places where they were not allowed.

“We have practically imputed all the members of the board of directors, because they are signatories of the tenders, not only the president is responsible, but all of the representative members,” González said.

In March 2020 Conajzar extended the license of company Technologies Development of Paraguay SA (TDP) to run quiniela games until December 2020 even though its five year license had come to an end. Questions were raised over TDP’S compliance with the payment of taxes, royalties and fees. TDP is owned by the son of the former President Juan Carlos Wasmosy. In September 2020 the Senate approved an investigation into Conajzar’s licensing of quiniela. In its presentation the prosecution argued that Conajzar awarded the quiniela license to TDP despite the fact that it was in arrears of taxes at the end of 2019.

In addition the prosecutor’s office argued that Conajzar’s contract with local gaming company iCrop to permit slot machines outside of casinos and slot parlours was illegal as it broke Paraguay’s gaming laws of 1997. The announcement comes after growing controversy over the decision to allow slots outsides of designated gambling zones. According to the accusation, “regarding the control of the operation of slot machines, the irregularity consisted in that the rights were transferred to a private company, when by law, it should come under the authority of the municipalities.”

In July senators had argued Conajzar’s contract with local gaming company iCrop to permit slot machines outside of casinos and slot parlours had been a way of bypassing local gambling laws and legalizing them. The President of the Senate Finance Committee, Esperanza Martínez announced at the time that reports would be requested from the Prosecutor’s Office, Comptroller’s Office, Treasury and Conajzar on everything related to the company and its members, as well as background information, in order to clarify the circumstances of how the company was granted a license. Later in the same month the vice minister of the State Tax Undersecretariat stated that the running of slot machines outside casinos should be controlled by the gaming board and the municipal governments in order to avoid irregularities. But Conajzar hired iCrop directly and granted it the power to register, regulate and collect the fees. The company kept 76% of the business profits in return. In October The Chamber of Deputies finally banned slots outside of government approved gambling locations meaning an end to the concession agreement between the gaming board and iCrop.