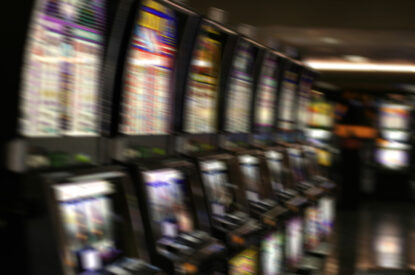 The initiative had already been approved by the Senate. The  Commission for the Fight Against Drug Trafficking  had given a  favourable opinion on the ban however the Constitutional Affairs and Budget committees, rejected the measure as it would only contribute to the overload of laws already on the table and went against municipal laws over gambling.

However deputies upheld the ban arguing that it would protect minors.

“It is important to highlight the need to protect minors from the massive proliferation of slot machines in the country, even more so considering their location, since they are freely accessible, ” said Deputy Tito Ibarrola who had fought for the ban against street slots.  He also emphasised that Conajzar “has made a mistake of great magnitude” by approving Resolution No. 34 in 2020 which had authorised slot machines outside of spaces usually reserved for gambling.

In July Senators argued Conajzar’s contract with local gaming company iCrop to permit slot machines outside of casinos and slot parlours was a way of bypassing local gambling laws and legalizing them. The President of the Senate Finance Committee, Esperanza Martínez announced that reports would be requested from the Prosecutor’s Office, Comptroller’s Office, Treasury and Conajzar on everything related to the company and its members, as well as background information, in order to clarify the circumstances of how the company was granted a license.

Later in the same month the vice minister of the State Tax Undersecretariat stated that the running of slot machines outside casinos should be controlled by the gaming board and the municipal governments in order to avoid irregularities. The Treasury also began an investigation into the running of slot machines outside casinos by the company. Conajzar hired iCrop directly and granted it the power to register, regulate and collect the fees. The company keeps 76% of the business profits in return.