Peru – Thunderbird sell off to Sun Dreams is now official 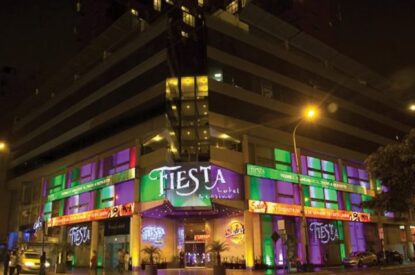 Chilean company Sun Dreams has confirmed that through its Peruvian subsidiaries, it has officially acquired the acquisition of Thunderbird Resorts Fiesta casino in a deal worth US$26m.

The agreement with Thunderbird Resorts includes the acquisition, through its Peruvian subsidiaries, of the Fiesta de Miraflores casino and three other operations in Lima, Tacna and Cusco. The Fiesta in Lima has approximately 7,000 square meters of floor space and 680 gaming machines, while the three other operations will add another 560 gaming machines to the Sun Dreams offer in Peru.

“The purchase is part of Sun Dreams SA’s international expansion plans and is expected to have a positive impact on the company’s results, due to the incorporation of assets that generated revenues in the last 12 months of approximately US$19.6 million and the extension of the average duration of the company’s gaming licenses as a result of a regulatory framework that delivers continuously renewable gaming licenses,” said Jaime Wilhelm, General Manager of Sun Dreams in a Material Information statement sent to Chile’s committee on Financial Markets (CMF).

Meanwhile, General Manager of Sun Dreams Peru Martín Dávila told local press, “The decision is an example that reaffirms our commitment to continue to consolidate and invest in Peru, a country that has developed a competitive and transparent gaming industry with a stable regulatory framework.”

In October, Thunderbird Resorts Inc announced that it would sell all of its gaming operations in Peru to SunDreams S.A. of Chile. The sale was initially projected to be completed before the end of January 2018. The transaction was subject to certain conditions and regulatory approvals.