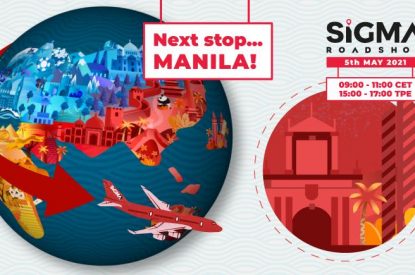 After a successful first show in Ukraine, followed by an event centred around Las Vegas, SiGMA Group is excited to announce the next stop on its global tour – Manila.

The SiGMA Roadshow has now moved into the virtual world, with a journey entailing several virtual shows across five major regions; the CIS region, Europe, Asia, Americas and Africa. Every month SiGMA will host a show on an interactive platform consisting of 2 hour mini conferences, which will focus on five key areas. The Manila agenda will feature a keynote from Andrea Domingo, CEO of Philippine gaming regulator PAGCOR, with focus throughout the agenda given to regulatory topics, such as PIGOS, trends and predictions for gaming in Asia, and market recovery following the pandemic.

A number of well known faces have already been confirmed to speak, including Alidad Tash, Tony Tong, Calvin Lim, Max Krupyshev, Joe Pisano, and Vitaly Umansky. More panellists will be added over the coming days.

Andrea Domingo has previously been featured as the cover story of SiGMA magazine’s 12th issue. Read the digital edition here. She also headlined the SiGMA Asia Digital Summit back in June 2020.

The SiGMA Virtual Roadshow will also feature a detailed expo floor with industry leading products and solutions, making it the ideal place for networking and brand exposure.

The first virtual Roadshow dedicated to the Ukrainian markets reached 2.5k delegates, with over 75 exhibitors and was offered in 2 languages. Previous SiGMA webinars have also proven that virtual events can find success, reaching over 330,000 people and more than 24,500 engaged users in 85 countries. Whether you are targeting the industry on a global scale or focusing on a niche market, this virtual event is the perfect platform.

The Roadshow follows its Manila event with a spring line-up featuring Germany in June, and Nigeria in July. The second part of the tour kicks off in September with Romania, New Jersey in October, Taiwan in November, before rounding off the year with the Netherlands in December.