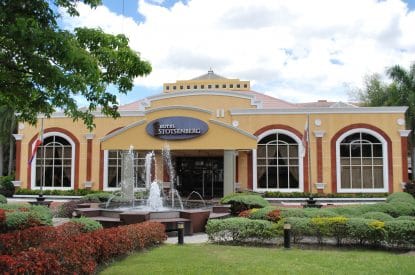 Located inside the Stotsenberg Hotel, the casino replaced the former Casablanca Casino after closing in 2017 after PAGCOR, the Philippine gaming regulator, demanded a tax payment of a Php225m from its former owner.