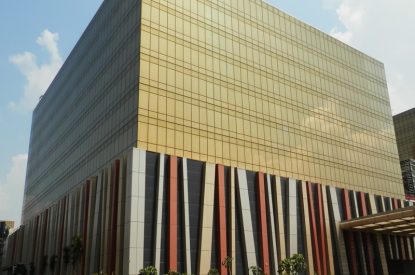 Melco Crown has confirmed that the official Grand Launch of its new integrated casino resort, City of Dreams Manila, will take place on Monday February 2, 2015.

Located at the gateway to Entertainment City, City of Dreams Manila is poised to become the premier leisure and entertainment destination in the Philippines and within the region. The resort combines electrifying entertainment, an amazing array of accommodation, regional and international culinary offerings, together with designer brand shopping as well as a spacious and contemporary casino.

More than 600,000 visitors have had a first experience of the stunning new resort, during its ‘Sneak Preview’ period, with some 20,000 people visiting on its first day after doors opened to the public on December 14 last year.

The Grand Launch will be officiated by the visionaries behind the City of Dreams brand — Co-Chairman & CEO, Lawrence Ho and Co-Chairman, James Packer, accompanied by the Chairman and President of Melco Crown Philippines, Clarence Chung.

The TV commercial was directed by Academy Award winner, Martin Scorsese and was produced by the internationally renowned RatPac Entertainment producer and director, Brett Ratner.

Celebrations will begin by warming up the crowd with a thrilling ‘Concert of Dreams’, including headline act, international R&B star Ne-Yo and Philippine entertainers including Gary Valenciano, Zsa Zsa Padilla, Kyla, and Jed Madela. The excitement builds with a VIP and celebrity Red Carpet entrance and a Gala dinner, culminating in a spectacular Opening Ceremony featuring a ‘Dreams-inspired’ pyrotechnics display which is set to light the skies of Manila Bay.

Chairman and President of Melco Crown Philippines, Clarence Chung said: “Our official Grand Launch finally delivers our stated commitment to bring Manila its first international integrated leisure destination offering. The new resort complex will deliver a diverse collection of contemporary leisure and lifestyle brands from all over the world, including Crown, Nobu, Hyatt and the Pangaea Group, who are behind the world’s most successful nightclubs and lounges. Together with the soon-to-be-announced opening of DreamWorks’ DreamPlay, which is an educational interactive playspace for families, an exceptional entertainment experience now awaits all types of travelers and visitors from around the region and the world.”

City of Dreams Manila is set to help redefine the leisure destination landscape in Manila with its world-class, entertainment-inspired, leisure, business and tourism proposition, helping position the city as one of Asia’s leading visitor destinations. It will serve the large and rapidly growing demands of leisure and entertainment seekers in the Philippines and those visiting Manila from across Asia region and internationally.