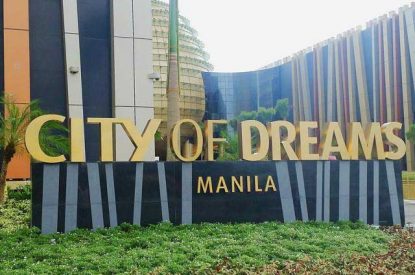 Japan-based credit analyst Nomura is expecting good things from City of Dreams Manila when it reports its fourth quarter results for 2016 due to resilient junket and VIP demand.

Nomura Analysts Harry Curtis, Daniel Adam and Brian Dobson all predicted that the overall demand in the Manila gaming market ‘may continue to increase more than the supply growth.’

They said: “Despite political pressure on Chinese nationals and increased violence related to the Philippine government’s crackdown on drug traffickers, we estimate market revenues grew in excess of 40 percent in fourth quarter 2016. Our latest channel checks suggest fourth quarter property EBITDA [earnings before interest, taxation, depreciation and amortisation] at City of Dreams Manila could be at least US$10 million above the Street’s US$32 million estimate. The positive surprise has been strength in VIP/junket, where we estimate Melco Crown grew revenues more than three times year-on-year, albeit off a relatively small VIP base (VIP GGR was US$27.3 million in fourth quarter 2015).”
City of Dreams Manila reported adjusted EBITDA of US$45m for the third quarter of 2016 up from US$24.4m for the same quarter of 2015.