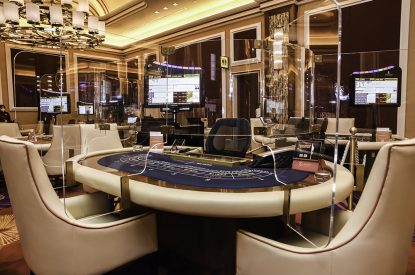 Although it is now shut again, 88 days of operation saw Bloomberry Resorts, the operator behind Solaire Resort & Casino, to a 29 per cent increase in revenues in its first quarter of 2021 compared to its last quarter of 2020.

Enrique K.Razon Jr.,Bloomberry Chairman and CEO, said: “Despite the challenges, the company generated solid results in the first three months of 2021 with gaming revenues, EBITDA and the bottom line improving from the previous quarter. Our performance highlights our management team’s commitment to return to profitability as well as the dedication of our team members to creating unparalleled entertainment experiences for our returning guests. Unfortunately, Solaire’s momentum, which was fueled by improving domestic patron confidence, has been cut short as it is faced with another closure for the duration of the MECQ. As expected, the road to recovery is not easy.”

Gross gaming revenues dropped 43 per cent to P6.88bn from the previous year’s P12.21bn. For 88 days in the first quarter, Solaire’s casino was operating at a capacity consistent with a limited dry-run as allowed by PAGCOR. Such dry run operations, which involve only long-stay and select invited guests, are a means for the industry to fine-tune its services in accordance with new normal protocols.

Solaire Korea’s Jeju Sun reported nil gaming revenue in the first quarter as operations at the property have been suspended since March 21, 2020.