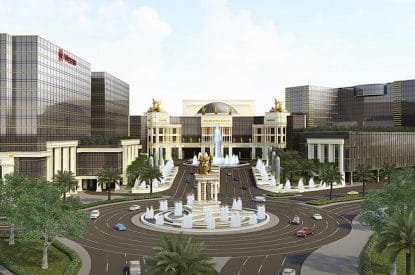 Suntrust will be the ‘sole and exclusive operator and manager of the Main Hotel Casino.’ It will cost US$700m offer 400 gaming tables and 1,200 slot machines across both VIP and mass gaming. The hotel will offer 400 five-star hotel rooms and 960 parking spaces and is set to open towards the end of 2022. Andrew Tan also owns Travellers International, the company which operates Resorts World Manila in partnership with Genting.

Suntrust will pay annual rent of US$10.6m with the lease running until August 2039 at which time it will be automatically renewed for another 25 years unless otherwise agreed by all parties.

Westside City Resorts World is being built at Manila’s Entertainment City precinct. It will also offer a Grand Theatre, a retail mall and 2,000 parking spaces.