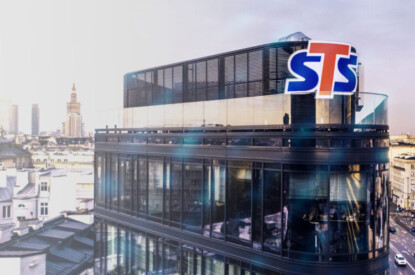 STS Group, one of the largest bookmakers in Central Europe and the market leader in Poland, generated revenue of PLN150m in Q3 2022, compared to PLN 119m in the previous year, marking an increase of 25 per cent year-on-year.

Mateusz Juroszek, President of the Management Board of STS Holding, said: “In Q3 2022, there was a high activity of players observed, which was primarily related to a very intense calendar of sporting events. Football competitions due to the World Cup in Qatar started already in the holiday season. In addition, Polish volleyball and basketball players and Iga Świątek proved their good form during international tournaments. As a result, the players had a number of opportunities to place bets. The ongoing World Cup in Qatar is a perfect event for increased acquisition of new players. Additionally, the participation of 32 teams and several dozen matches played means that the activity of bettors will certainly be high.”

The STS Group is the largest bookmaker in Poland in terms of turnover, operating also on an international scale, thanks to the licenses in Great Britain and Estonia, from where it offers services on several markets. The products offered by the Group include sports betting, Virtual Sports, online casino (outside of Poland), BetGames and a wide range of eSports.

For many years, the group has been continuously implementing the “mobile-first” strategy based on the proprietary bookmaker system. It is constantly developing its own technology platform to meet customer needs and set market trends. The Group’s investments in the product portfolio and technological solutions in 2021 amounted to PLN 29 million. Furthermore, in 2020, STS S.A. took control of Betsys, the Czech technology company, in which it currently holds 74 per cent of shares. Betsys is the main provider of IT solutions for the bookmaker in Poland, both for online and retail channels. In total, the Group’s product and platform development team consists of about 160 highly qualified specialists, including approximately 85 programmers, 55 other employees in technology and platform development, and 20 people dealing with business intelligence and business analytics.