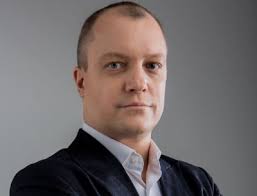 The shifting gaming landscape in Latvia has presented a series of challenges to operators in the country. G3 speaks to Arnis Verzēmnieks, President of Latvijas Spēlu Biznesa Asociācija (Latvian Gaming Business Association), about the impact the increased taxes have had on the business and the decision by municipalities, such as Riga, to eliminate all gaming halls in its territory.

How does the gaming industry measure its performance this year?

This year saw the launch of the Gaming Machines Control and Monitoring System (AKUS), which has been invested and implemented by companies in the industry for several million euros. After the introduction of AKUS, each machine is integrated into a single system so that all operations are transparent. The gaming industry has invested a lot of resources this year in providing a self-exclusion registry that has been operational since the new year.

The registry will protect problem gamblers who, by listing themselves, will prevent gambling venues from accessing both the internet and landbased games. We hope this will work and eliminate the problem of over-enthusiastic gamblers and hence the precedents associated with them. Thinking about responsible gambling, we have created an educational platform called ‘Safe Game’, where we encourage the public, through a test and manual, to be aware of the risks of gambling and to avoid them if they become a problem.

What were the successes and failures of this year?

Admittedly, 2019 has been a year of great challenges and unpleasant surprises for the industry. Planning for the 2020 budget, contrary to the government’s view that there would be no tax increase on the budget, a decision was made to raise gambling taxes. It was also decided that local governments will signiﬁcantly reduce their gambling tax revenue and will receive only ﬁve per cent next year instead of the previous 25 per cent.

In addition, on December 5, the Saeima, in its second reading, endorsed the call to allow local governments to determine in their binding regulations in which territories gambling is not allowed. The consequences of such a decision have not been assessed and, in the view of the industry, will pose signiﬁcant risks for the spread of illegal gambling sites. Decisions taken in a hurry without involving the industry in the discussions undermine conﬁdence in the country’s democratic processes.

The development of a proportionate industry was overshadowed by many political intrigues and the use of the industry for self-promotion by political forces. I think we are not the only industry that cannot be seen as a constructive interlocutor for the new government and which has experienced a contrast between pre-election pledges and action.

What are the goals and forecasts for this year?

At the Latvian Gaming Business Association, we wish to continue our work to promote responsible gambling. Gambling is an integral part of the entertainment industry. Given the high risk of gambling, one must be aware that gambling entertainment venues are spending money. Keeping a safe game in practice requires keeping in mind the basic principles of respecting personal time and money limits.

One of the ﬁrst goals of the new year was to successfully introduce a register for self exclusion. Admittedly, we will be looking at the ﬁrst months of operation with some interest. We also want to update the abolition of personal income tax (PIT) on winnings and start work on eradicating the illegal sector.

Last year’s change in personal income tax on winnings in excess of € 3,000 encourages a large number of players to opt to gamble with illegal operators. The large number of unlicensed operators is a problem facing several European countries. At the moment in Latvia it is observed only in the interactive sector, however, we hope that when planning the development of the sector, we will be able to ﬁnd solutions together with the decision-making power to reduce the grey sector and to better recover tax revenues.

What challenges will the gambling industry face this year?

The relationship between the gaming industry and local governments will be a major challenge, given the budget changes adopted by the Saeima and the redistribution of the gambling tax. As several municipalities have expressed their desire this year to exclude gambling venues from their area development plans, there is reason to believe that this tax revenue distribution will not motivate any municipality to allow legal gambling facilities in their territory.

For example, Riga Municipality has already expressed its willingness to liquidate gaming halls throughout its territory, thus eliminating approximately 60 per cent of the market share. The gambling industry requires very careful and thoughtful policy-making and regulation. We want to make sure that the suggestions of the decision making authority have been evaluated and analysed. The above decisions do not give any assurance that this is the case.

The LSBA represents several gaming companies to promote the overall development of the Latvian gaming business and responsible gambling.