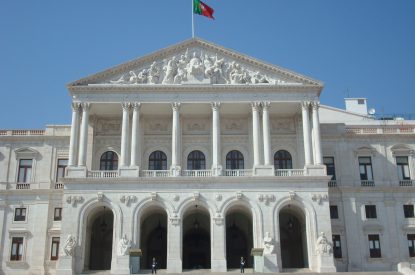 Portugal’s Ministry of Economics has now completed the final draft of its proposed online gaming law which will be now be presented to the national parliament for debate.

The Minister of the Presidency and of Parliamentary Affairs Luís Marques Guedes revealed that the plan was to introduce a reformed first draft of the text to parliament by July 10.

If approved, foreign operators will be offered the opportunity to apply for licenses with a tax rate of between 15 per cent and 20 per cent introduced. The legislation will allow for online poker, sports betting and casino gaming. Portugal officially left its eurozone bailout recently following three years. As part of its conditions to receive a €78bn loan from the European Union and International Monetary Fund, it had to present new proposals to liberalize and tax online gambling.
The Santa Casa da Misericordia de Lisboa (SCML) is currently in charge of gambling.

Its leader Pedro Santana Lopes, said: “If the state gives us, as we hope, the opportunity to exploit sports betting, we have everything ready to begin immediate investigations, which is not the case with other operators interested in this legislation.”

SCML had previously opposed the legislation as it will lose its monopoly position as part of the laws. It currently keeps 27.8 per cent of any revenue generated from its own lotteries and online gambling site.

It has recently expanded its online lottery offering with NeoGames.

Fernando Paes Afonso, CEO of SCML, said: “Since 2010, SCML has experienced a tremendous growth in instant tickets sales with record sales in 2013 of €590.7m. With NeoGames we have found a reliable partner that can help us increase our revenues from our interactive channels while maintaining a high degree of security and social responsibility.”

Ilan Rosen, CEO of NeoGames added: “The growth of instant ticket sales experienced by SCML in recent years is a reflection of the lottery’s hard work and dedication to providing a rich and exciting gaming experience in a secure and responsible manner for the people of Portugal.”