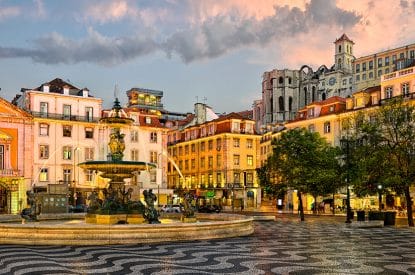 The Fiscal Action Unit of the National Republican Guard (the national gendarmerie force of Portugal) has uncovered an €80m a year illegal, online gambling ring.

In its biggest move against illegal gambling police forces made 20 arrests after a year long investigation into illegal online gambling. The operation codenamed “Shadow Game” involved 677 military personnel and arrested the highest-ranking members of the gang this week.

At least a 100 people are believed to be involved in the scheme, which has been in operation since 2015 at least, and involves members based in Portugal, Luxembourg, Switzerland, France, Belgium, Brazil and Mozambique. According to a statement from the authorities, of the 20 arrests so far 19 defendants will be brought before a court in the city of Setúbal in Portugal and the 20th will be brought before a court in Luxembourg – the country where the group housed its servers.

All have been indicted for the crimes of criminal association, tax fraud and illegal gambling amongst other charges according to a statement released by the police. During the two days of the operation, the military searched homes, warehouses as well as law offices. Searches were carried out in six houses in Luxembourg. The operation, which is still ongoing, has the support of EUROPOL, both in Portugal and Luxembourg as well as other government bodies including the technicians from the Institute for the Regulation and Inspection of Games (IRIJ).

As well as the arrests, police seized about €320,000 in cash and 49 vehicles. They also found around 3,000 devices used in order to facilitate the use of illegal gambling, including computers, tablets, gaming machines and other equipment, as well as firearms and ammunition.

The searches, according to the National Republican Guard, were “aimed at the organization responsible for the design, distribution and exploitation of online gaming platforms, from those responsible for their design and manufacturing to distributors and those carrying out illicit gaming.”

The operation was aimed to put an end to a practice that involves betting on sporting events via sites identical to those legalized by the regulatory body Serviço de Regulação e Inspeção de Jogos (SRIJ) but which are operated illegally.
According to local press, the sites bypass taxes as the player buys a login direct from the person administering the platform. Usually this is the owner of a business such as a café. The player is then able to access the illegal site via a computer, laptop, a tablet or Smartphone. The customer pays between €10 and €30, which is then used as credit in order to bet. If the player wins then they collects their winnings from the manager of the establishment. These illegal platforms usually use servers placed outside of Portugal.

The scale of the recent police operation shows just how important gambling tax revenue is to the government. According to the latest figures published the SRIJ gross revenues for the online gambling market in Portugal for the second quarter stood at €37.3m – an increase of almost €12m compared to the same period in 2017.