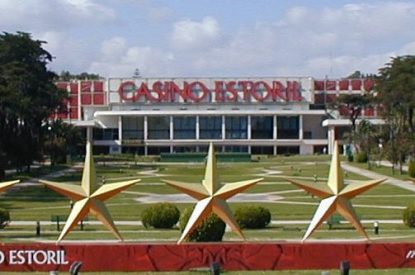 Workers at the Portuguese casinos Estoril, Lisbon and Póvoa de Varzim will be placed under a simplified layoff regime, according to the Estoril Sol group, one of the country’s leading gaming operators.

“In the context of the interruption of activity in the physical casinos, the uncertainty regarding the evolution of the pandemic, its duration and impact on the economic prospects of the Estoril Sol Group’s territorial businesses, the Estoril-Sol III and Varzim-Sol subsidiaries have decided to resort to ‘simplified dismissal,’” according to the statement released by the company that owns the three casinos.

“The application of the” simplified dismissal “measure have led to the temporary suspension of employment contracts or in the reduction of working hours for the vast majority of Estoril-Sol III and Varzim-Sol workers,” the company said without specifying exactly how many workers will be affected by the measure.
Despite the suspension of activity in land based casinos, the group’s online operations will continue to operate “namely licenses for gambling and sports betting owned by Estoril Sol Digital, Online Gaming Products and Services SA.”

Casinos in Portugal have been closed since March 14. Earlier this month the Solverde group, which operates the Espinho, Algarve and Chaves casinos in Portugal, and owns four hotels in the country, decided to proceed with the request to suspend workers for at least one month. The measure covers 947 of its 1,063 employees. According to Fernando Reis, administrator of the group, the only activity that will remain in operation is its online casino arm, CasinoSolverde.pt which is Portugal’s largest online casino operator.

In Portugal the Labour Ministry has put in force measures which allow companies to temporarily suspend jobs or reduce working hours but does not let them fire or make workers redundant. The simplified ‘lay-off’ measures approved by the Government allows workers to maintain their jobs in the context of the crisis caused by the pandemic. Government data recently showed more than half a million Portuguese workers are at risk of being temporarily laid off due to the outbreak.