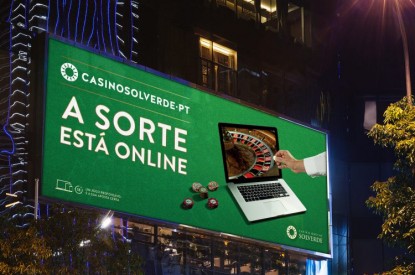 Solverde.pt, online casino and sportsbook based in Espinho, reached the unprecedented milestone of 1,500 simultaneous games on the same gaming platform, just five years apart from the launch of the online casino of Solverde Group.

In 2022, Solverde.pt launched 139 new game titles, and now the platform has the representation of 28 online casino studios. In March, due to a partnership with Playtech studio, the online casino released the ‘Playtech Launch week’, which had a main goal of presenting 14 new games in a single week.

Today, the company also announces the partnership with a new studio: Skywind Group. The studio was founded ten years ago by a group of veterans of the online gaming industry, with a market for iGaming solutions for Europe, Latin America and Asia. Skywind Group has stood out for its innovative offering of video slot machines, and online table and arcade games. Solverde.pt highlights three new games from the studio: the video slots ‘8 Tigers Gold
Megaways’, ‘Alive! Megaways’ and ‘Big Buffalo’.

According to the online casino’s most recent data, in the first six months of the year the great preference of Portuguese players was for slot machines, specifically the ones from the creative studio Pragmatic Play studios. The most played games since January were the two slot machines from the studio Pragmatic Play: the Joker’s Jewels, a 3 x 5-line slot machine; and the 6 × 5 line slot Sweet Bonanza, known for the high multipliers. After the Pragmatic Play games, the most played slot machines by the Portuguese players were the Lucky Lady’s Charm Deluxe, from the Reentube/Novomatic studios, and the EGT Studios’ Burning Hot.

Beyond the slot machines, the Roulette and the traditional Portuguese game “Banca Francesa” remain the preference of Portuguese players.

Américo Loureiro, Director of Solverde.pt, said: “Reaching the milestone of 1500 games available simultaneously on a single site is a very important step for Solverde.pt and for Portuguese players. We’ll continue to listen to the feedback from the community, and add the games they like, and introduce new features. Our goal is to always be at the forefront of innovation.”