Protokol: increasing the stakes for fans through blockchain 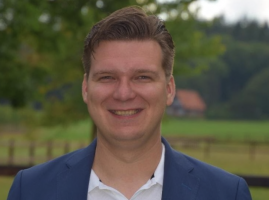 With the rise of the digital-native fan, and the events of 2020 decimating ticket revenues for live events, the sports industry, and the fast growing eSports industry, are being forced to rapidly diversify and digitise; in the quest for alternative revenue streams and new ways of engaging their fans, as well as looking to solve existing issues of fraud and corruption.

While teams are no stranger to innovation in the way that they engage fans, there’s one technology in particular that’s catching the eye of teams looking for a fast, scalable and secure solution for generating revenues and enhancing the fan experience. Enter: blockchain. The technology is helping teams on a number of fronts – and Lars Rensing, CEO and Co-Founder of enterprise blockchain provider Protokol, has outlined the top seven in the below list.

The sports industry has an increasingly global reach, meaning that sports teams now have a much more global fan base who, while unable to attend games, want to be engaged with their team. As a result, sports teams are looking for a way to monetise this growing international audience and keep them engaged. One way that blockchain is helping teams to do this is through the creation of fan tokens.

These digital tokens – created using blockchain technology – act as a club’s own virtual currency, which fans can purchase for fiat currencies, like dollars, euros, and pounds, making them a viable revenue stream for teams. Fans exchange the fan tokens for merchandise, collectables, or exclusive experiences. Fan tokensare a finite, digital asset backed by secure blockchain technology. Data related to ownership and transactions of fan tokens is automatically stored on a secure, decentralised digital ledger, allowing teams to access in-depth fan interaction data that can seamlessly and securely be shared with everyone, from sponsors to business partners.

For fans, ownership of fan tokens offers them the ability to use their tokens to unlock discounts on merchandise, access unique experiences, or participate in fan-led decisions through a mobile voting platform; as well as serving as a ticket into a secure, exclusive inner circle of fans with shared passions and beliefs. With tokens, fans can interact with their club, earning points and participating in a virtual ecosystem.

Fan tokens even help supporters feel more connected with their teams, allowing clubs to overcome the challenges of distance when communicating with fans and engaging a wider audience. For instance, FC Barcelona has an estimated 450 million fans worldwide, who are now within their reach thanks to blockchain technology. As well as connecting clubs with fans, tokens are also a great source of revenue for teams, and are already in demand; FC Barcelona’s $1.3 million initial round of fan tokens sold out in under two hours.

Trading cards and collectibles have always been a profitable revenue stream for clubs. But a digital age and a growing digital-native fan base (influenced by gaming and esports) demands an evolution into digital collectibles. By creating digital trading cards and memorabilia that fans can buy and trade, clubs are keeping pace with the changing consumption habits of fans and ensuring an even broader appeal.

Blockchain- powered crypto collectables utilising Non-Fungible tokens allow teams to create either unique or limited-edition collectibles, all provable via a secure and transparent digital ledger. We’ve seen this in practice with the wild popularity of the CryptoKitties game in 2017, but the same principles could easily be applied to digital sports collectibles.

These blockchain applications have a huge range of possibilities and lucrative revenue streams for the sports industry. Fans could purchase limited-edition player trading cards, or earn incentives for collecting all team players. In baseball, for instance, Major League fans can purchase All Star cards at a range of prices, generating new income for the club and appealing to a younger audience of sports fans.

In the same way that blockchain can facilitate tokens and collectables to drive fan engagement, it can also be used to create engagement platforms for fans. On these platforms, fans can be rewarded for certain things, such as creating and sharing content, or through loyalty programmes that allow them to accumulate points or rewards to spend on merchandise, tickets, and digital collectibles.

These platforms not only help to foster a sense of community for fans but can also enhance a club’s relationship with sponsors. Blockchain technology is transparent in nature, as everyone on the blockchain can be permissioned to have access to the information stored in it. For teams, this means the ability to share fan interaction data seamlessly with sponsors.

For sponsors, it means verified and immutable engagement metrics, and for fans it means visibility over the transactions when it comes to being awarded or spending loyalty points. Plus, because this information is decentralised (i.e. stored on a secure blockchain network, rather than one centralised server), there is also no single point of failure, making the data incredibly secure and almost impossible to corrupt. Blockchain, then, can provide reassurance of the validity of the metrics and insights gathered from fan interactions, helping sponsors generate a better ROI.

One of the biggest problems in the industry is ticket touting and counterfeiting. Sports clubs are looking for more effective ways to prevent fraud and many are turning to blockchain for an answer. This is because the technology’s transparent nature means that anyone can look up and verify the validity of a ticket, as well as tracing them back to the club to ensure they are legitimate.

As well as enabling more secure purchasing and storing of tickets, transferring tickets is made easier on the blockchain as it allows peer-to- peer transfers without intermediaries, letting fans who are unable to attend an event transfer their ticket securely without penalty fees or central actors. This is also true in the case of sports fixtures being delayed or cancelled, making rescheduling a simpler process for everyone.

eSports is fast growing in popularity, with predictions that by 2021 eSports will see an annual growth rate of around 14 per cent and the number of casual viewers and eSports enthusiasts rising to 557 million.

eSports involves multiple investors, from game developers to sponsors, team managers, players, sponsors, and media. The problem with having so many stakeholders is that there is a huge number of transactions that have to take place, meaning information has to be repeated unnecessarily for each party. Intermediaries must also be involved, as in business transactions like these it does not make sense for one party to hold all the information.

Blockchain’s decentralised nature can provide a single platform to bring all these actors together, allowing stakeholders to connect without intermediaries. This allows for a more fluid process when it comes to the transfer of players, prize money or media rights through programmable smart contracts. Not only does this increase trust in the relatively new medium, but it also removes concerns over unfair distribution of prize money or payments.

Unfortunately, as a young industry, eSports is vulnerable to exploitation, and is currently facing a problem with match-fixing. Managers can pressure players to lose matches, and equally, players can feel pressured to fix a match outcome. Blockchain can help by taking some control away from managers, removing unnecessary intermediaries and giving players back their autonomy.

Blockchain’s transparency means that managers, tournament organisers, and players remain honest, as all transactions are unchangeable once entered into the blockchain and are visible to everyone involved. Smart contracts on the blockchain also help give players autonomy by executing automatically and independently when specific criteria are fulfilled, meaning that there is no need for middlemen, further preventing corruption.

Although the majority of sports teams do not need to rely on outside funding, the appeal for fans to own a stock in their favourite sports franchises or athletes would be undeniable, and there are some smaller teams who would certainly benefit. Major sports franchises are incredibly valuable, so for fans who want to invest in their teams, blockchain can reassure them that their investments are secure.

Blockchain-enabled services can use smart contracts and tokens to give fans the promise of future revenue shares in exchange for immediate funding. Smart contracts can automatically transfer revenue or tokens to fans once certain criteria are reached, reassuring fans that they will receive their share and in turn encouraging them to provide funding. This would allow clubs to foster greater loyalty among fans and reward it, letting fans feel more invested in the actions of their clubs.

Lars leads the overall strategy and direction for Protokol, which is helping businesses across the world solve real challenges though custom blockchain solutions. Protokol aims to unlock the value of blockchain technology for enterprises by removing complexity and the barriers to entry through its industry-leading digital advisory, blockchain consulting, blockchain development and support services. 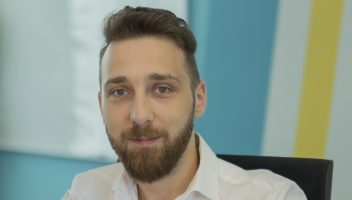 2020: a shift in sportsbook mentality