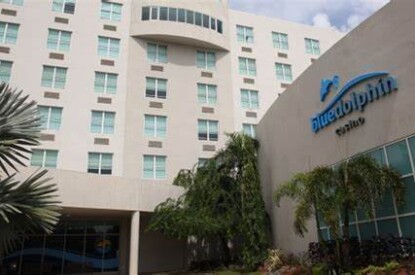 The Embassy Suites by Hilton, in Dorado, Puerto Rico, has now opened its Blue Dolphin Casino at the Dorado del Mar Club, with 175 slot machines.

Blue Dolphin co-owner Eduardo Artau said: “When we purchased this property, one of the first things I saw was that people who came to the hotel had nowhere to go. They would go to the beach, and the pool, but some people complained that they had to get in a car and go to the San Juan metro area. So, we began to look at what we had to create so those who came here, would be comfortable

Its reopening has created about 130 new direct and another 200 indirect jobs.

The casino is located in the Embassy Suites by Hilton at Dorado del Mar Beach Resort and the Dorado del Mar Club, which will later boast a golf course, bowling alley, go-kart track, laser tag game center, a gaming arena, restaurants, and other entertainment options.

It is the 18th casino operating inside a hotel in Puerto Rico. The sector generated a total of $326m in tax for the government last year, helping fund the University of Puerto Rico, the government’s General Fund and the Puerto Rico Tourism Co.