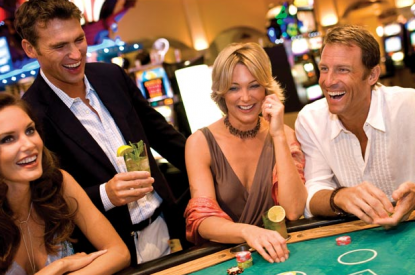 The El Conquistador hotel casino is to close on September 30, putting up to 150 people out of work, with market experts warning it could mark the start of a wave of several more casino closures.

The president of the Association of Hotels and Tourism of Puerto Rico (PRHTA), Ismael Vega, said: “We are all struggling to stay afloat, some more than others. The proliferation of illegal casinos, coupled with the reduction of income and high operating costs, has seen many hotels walking a financial tightrope.”

The closure will see the loss of 56 direct job but many more such as musicians, food vendors and security will be affected. The 10,000 sq. ft. casino, featuring 233 gaming machines and six table games, as well as ten restaurants, two bars and a hotel with 984 rooms, had tried to reduce operating costs by reducing its opening hours to between 5pm and 12 noon. It also operated El Tesoro de Confresi, Puerto Rico’s first and only wide-area progressive. The Caribbean venue is not the first to close in recent times though with Casino Gran Melia shutting up shop in Rio Grande in March.

“Although we are all in the same situation, we recognize that casinos in hotels outside the metropolitan area, such as those in Rio Grande, Humacao, are affected to a greater extent by the illegal casinos,” Mr. Vega explained. “They are not regulated or pay the high operational costs that we do have to pay but share the same customers.”

Puerto Rico has about 7,000 slot machines in casinos hotels with the Treasury Department claiming another 75,000 could be in operation illegally.

The illegal casinos which operate with just slot machines are quite visible being located in shopping malls across the island, offering the same services as their legal counterparts such as music and food.

The Department of Finance and Justice is working to close down the illegal operations, seizing over 2,000 slots last year. However, it ran out of space to continue storing them.

The casino sector in Puerto Rico has generated revenues of over $315m for each of the last five years revenue with around $150m per year raised in taxation. Hotels with casinos pay a 11 per cent GGR.

One suggestion is to reduce the minimum number of tables needed to be in operation during the day from three to one, therefore reducing the number of staff needed to operate with casinos able to open further tables hwne demand is higher in the evenings.