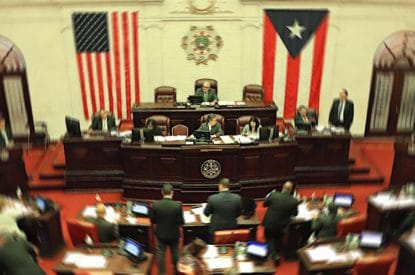 Puerto Rico’s Gaming Commission announced that it had submitted Sports Betting Regulation Number 9316 and Fantasy Contest Regulation Number 9317 to the State Department. Both bills went into effect on Monday (08 November). As a result of the two new regulations the commission announced that it would be authorized to begin the evaluation processes for those wanting to offer sportsbetting and fantasy sports on November 22.

The new regulations are part of Law 81 2019 The Betting Committee Act. The Act regulates sportsbetting and creates a gambling commission to oversee all sportsbetting. It also sets out a government policy for both landbased and online gaming, including sportsbetting, electronic game leagues and fantasy contests.

In March House Representative José Rivera Madera filed resolution RC 319 to initiate a study into the potential size and scope of the sportsbetting and eSports betting market in the country. In June a sportsbetting group was founded in Puerto Rico by Governor Pedro Pierlusi to accelerate the launch of sportsbetting and fantasy sports. A number of operators are already making a move into the market depending upon regulatory approval. In September 2021 MGM and Casino del Mar at La Concha Resort announced that they had agreed to a deal that would see BetMGM open a sportsbook at the resort’s casino as well as offer online sports wagering across the island. If its licence is approved, BetMGM said it would expand its retail and mobile sports betting offerings to Puerto Rico, signifying the company’s first market access agreement outside of the U.S. mainland.