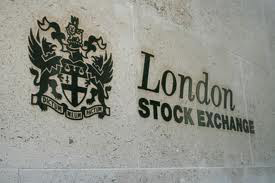 Specialised gaming platforms provider, Quixant, has today confirmed its plans to list on the AIM market of the London Stock Exchange with a placing of ordinary shares in an amount of up to $8m.  The monies raised by the company will be used to fund future organic growth. It is being advised on its listing by Smith & Williamson.

Based near Cambridge, the company was established eight years ago by its Founding Directors Nick Jarmany (Managing Director), Gary Mullins (Sales Director) and JJ Lin (Manufacturing Director). It specialises in designing and manufacturing gaming platforms, combining hardware and software, which control the core elements of gaming and slot machines.  Quixant’s gaming platforms are designed to meet with the regulations in all major global gaming jurisdictions, leaving its customers free to focus on game development and minimising time to market of their machines.

The business has grown rapidly over the past few years. The Directors believe that this has been achieved as a result of wider recognition of the Quixant brand with anecdotal evidence suggesting that Quixant gaming platforms are already being recognised as an industry standard in certain jurisdictions. The listing on AIM and the funds raised will strengthen available working capital as the Company wins further contracts with larger customers, and enhance its visibility and raise its profile as a supplier to leading gaming machine manufacturers.

Quixant has an established financial track record, is profitable and cash generative and the Directors believe there is a significant growth opportunity for the business. 2012 revenue more than doubled to $21.6m compared to 2011, while normalised PBT almost trebled to $4.8m. It is estimated that there are approximately 7.9 million gaming and slot machines currently in operation and market analysis predicts that the total gaming market will grow by more than nine per cent over the next three years. Quixant’s estimated market share is currently well below one per cent.

The Directors believe that Quixant has positioned itself as one of the leading suppliers of specialised gaming platforms, capitalising on evolution within the global gaming and slot machine manufacturing sector.  They believe that the Company can grow its market share as manufacturers increasingly consider outsourcing their gaming hardware and software production to specialist suppliers, as PC technology becomes more complicated and manufacturers target new markets with varying regulatory regimes.

Having over 25 years of combined experience in supplying PC based gaming platforms to the gaming and slot machine market, Quixant’s management team have a detailed understanding of the technology and regulatory requirements of the global gaming industry. Nick Jarmany, Co-Founder and MD of Quixant, commented: “Trading in the current year is progressing well, in line with our expectations. We believe that given the fundamentals of the business, our leading specialised products, proprietary technology and strong growth drivers, now is the right time to IPO. The funds raised and increased profile will assist Quixant in its aim to become the de facto standard in specialised gaming computer systems.”