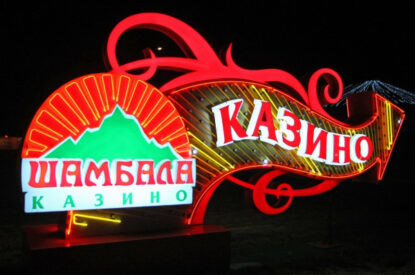 The group behind the Shambala Casino in Russia’s Azov City is planning to build a casino in the Primorye Integrated Entertainment Resort zone in the Russian Far East.

The Shambala Casino, which operates with 40 gaming tables and 750 slots, is being forced to close by January 1, 2019 following new laws and a change of direction by the Russian Duma who is looking to reduce competition for new casinos in Sochi.

Having accepted this fate, Shambala Casino owner Maxim Smolentsev is now looking to reinvest in the Primorye zone, which is 50km from Russia’s Pacific port of Vladivostok.

The new Shambala will be a large-scale project including a hotel and entertainment complex with 500 slot machines and 50 gaming tables. Being built alongside a 270 room hotel, it will cost US$128.5m to construct with work expected to commence in September.

The only casino currently open in the zone is Tigre de Cristal which opened in 2015. Cambodia-based NagaCorp is also building in Primorye whilst Russian-based Diamond Fortune is currently building Selena World Resort and Casino, which is expected to open next year.