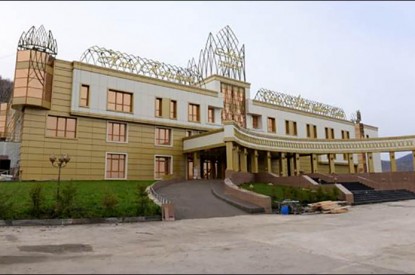 Vegas East—officially dubbed Siberian Coin— was the fantastic plan of the Russian government. In 2008, at President Vladimir Putin’s behest, Russia banned all gambling except in four far-flung regions. Casinos are open in three: Kaliningrad, between Lithuania and Poland; Azov City, near the Black Sea; and Primorsky Territory, in the Far East. All have under-performed because of a lack of infrastructure. Now, Altai, the most remote region, near the China/Kazakhstan border, is emerging – and the government hopes it will recreate jobs and generate ancillary business.

It has, however, been a long time coming. Plans for the development of the Altai Territory were broadly announced in 2011, with Slovenia’s Hit Group interested in cooperating in projects and even Hong Kong casino tycoon Albery Yeung planned to invest in the region. None of these projects have come to fruition. However, last week, Siberia’s first casino did open, with a 1bn rouble venture that seeks to create hundreds of jobs and see the introduction of ‘gambler tourism’ to the region. The Siberian Coin, which is part of the new Altai Palace Hotel Resort opening in April next year, launched with 16 gaming tables and 20 slot machines.

It has taken four years for the ‘dream’ of building a casino among the Altai Mountains to become a reality. When it opened last week, only the ground floor, featuring a VIP area, was operational but more of the complex will be available in December. The first floor will feature a large gaming room – with a capacity for 500 guests – with slot machines where the minimum bet is just one rouble – and a coffee shop. Enterprisingly, a pawnshop and 70 seat restaurant will be located on the second floor, with the hotel taking up the entire top floor.

Initially 75 staff will work in the casino, but when the whole complex opens next year this number will increase to 230, serving 30 gaming tables.

This brainchild is that of Roman Spodyrev, a space instrumentation engineer from Moscow, who has plans to run charter flights for Siberia’s wealthy. Worryingly, the charters haven’t yet been established and alternate access is ‘tricky.’ Siberian Coin is a four-hour drive from Barnaul, a city where winters last five months and, according to tourist guides, “the drive from Barnaul to Siberia Coin passes through expanses of snowdrifts dotted with birch trees, a museum dedicated to earth-orbiting Russian cosmonaut German Titov, the backwater of Biysk, packs of wild dogs, and several Uzbek cafes.”

The last five miles to the Coin involves an icy, bumpy, one-lane road that winds through battered villages. Local authorities see this as a plus. “When people come here, from Moscow or wherever, it won’t just be to gamble. They’ll want to be in the forest, in the mountains—with the stag.” The Siberian tourist board also states that the weather ‘can be chilly at times.’

Mr Spodyrev has said no expense was spared in ensuring the venture is popular with visitors. ”My favourite VIP room is the one that is decorated with wood. Our designers have insisted on more bright colours than were used in two other halls, with gold and silver. The sinks in luxury rooms have a dusting of real gold, while the carpet on which you walk is very expensive – it is from Italy, it is natural wool.” Aside from the handy convenience of a second floor pawn-shop, the casino also boasts sound-proofed booths in which players can make phone calls, with the added facility to play airport sounds or outdoor background effects to disguise their real location.

Mr Spodyrev said: ‘We expect that guests will come here from Novosibirsk, Tomsk, Kemerovo, Novokuznetsk, and so on, but it’s from Krasnoyarsk and Omsk that we will attract people in the first place. Initially, we will organise charter flights on aircraft for 45 people. We have conducted negotiations on this issue with the airlines and they are interested. According to the law we cannot advertise the casino in the territories that are interesting for us. But we intend to develop weekend tours with tour companies.”