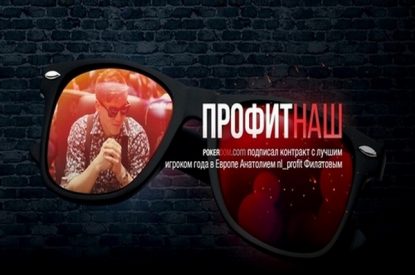 When the leading Russian online poker site Pokerdom expanded its existing games offering with the addition of Pineapple Open Face Chinese Poker (Pineapple OFC) in March this year, this new and exciting variant quickly gained a lot of attention and a loyal following.

Now Connective Games, which prides itself on quickly capitalizing on new trends in poker, has created a mobile app for Pineapple OFC that will draw in even more players to enjoy the game that has become ‘all the rage’ around the world.

As with other poker games, in Pineapple OFC players take turns drawing cards from a single deck, trying to make the best possible hand. Unlike other poker games, however, there are no bets placed during the rounds of play. Instead, the players agree to play “per point” and the game is scored in points.

The goal of the three-player game is to achieve more points than your opponents by winning more hands and also by collecting “royalties” on premium hands. These are bonuses awarded along the way for special hand combinations.

The game has proven so successful that Connective Games has just launched OFC free roll tournaments for Pokerdom’s on all the applications which are available to play now. This is the first of its kind within Pineapple OFC and is already hugely successful as the mainstream poker market is testament, with players really engaging with the traditional free roll tournament structure.

Connective Games CEO Serge Mukhanov said: “Mobile gaming is definitely the fastest growing sector in online gaming, and we have overcome many technical challenges to bring poker to mobile and make it as accessible and enjoyable as other platforms, such as developing the technology for multi-tabling. As specialist online poker game developers, we understand that the success of poker depends on viable mobile performance. So we are very pleased that this new variant can now be offered on multiple platforms.”
Pokerdom has said that the games have been a huge success so far, and the craze for online Pineapple OFC has been embraced by the site’s customers.

“Our Pineapple OCF games have received a great response from players,” said Managing Director at Pokerdom, Mr. Nazim Izmaylov. “It’s a variant that has been only been in existence for a couple of years, but it’s gaining a lot of recognition and becoming increasingly popular. With the launch of the mobile app, we’re looking at dramatically expanding player liquidity for Pineapple OFC.

“Thanks to our close partnership with Connective Games, we’re able to use a flexible and scalable platform that can react quickly to trends within the poker world. And Pineapple OFC poker is a great example of innovative collaboration.”