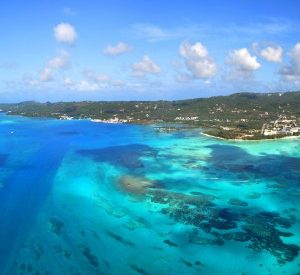 Only one of the two Hong Kong-based companies that made last-minute bids in the Northern Marianas for an exclusive licence to develop a $2bn hotel-resort casino on Saipan, has progressed. The government confirmed it had received applications from Marianas Stars Entertainment and Best Sunshine International, each paying the US$1m, non-refundable application fee. However, the two groups had until May 5 to deposit a further $30m to be considered for the licence for the planned 2,000 room resort. However, the Marianas Stars’ application has since been rejected as, according to the Saipan Lottery Commission, the $30m had not been deposited in time. Best Sunshine has progressed having made its deposit on May 3. Marianas Stars is considering filing a protest or lawsuit, claiming that it had met the deposit deadline with $30m now in ESCROW.

Lottery Commission Chair, Sixto Igisomar, and fellow commission member, Larrisa Larson, said the commission rejected Marianas Stars’ application “based on facts” because there was no deposit in the bank from the rejected applicant on May 5. Marianas Stars has yet to share proof that it met the deposit deadline.