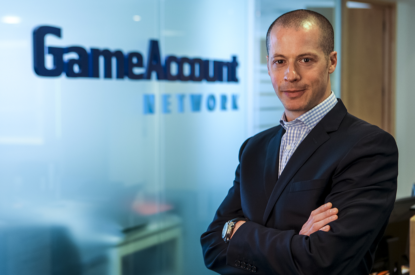 Hundreds of land-based casino operators around the world have been quietly disrupted by their suppliers of slot machines. Their suppliers have become, inexorably and quietly, their newest category of competitors: Online. IGT owns DoubleDown. Aristocrat owns Hearts of Vegas. WMS owns JackpotParty. Bally now owns Dragonplay… All told that’s millions of players per month of which a small percentage pay real money to buy virtual money for extended time-on-device.

But land-based casinos would need to have online casinos themselves to really be competing against Social Casino operators. Let’s look at the US casinos first: You can count on the fingers of one hand the land-based casinos which have moved online: Caesars acquired Israel’s PlayTika. MGM acquired a minority stake in Californian company PlayStudios which operates the MyVEGAS Social Casino driving players into MGM’s casinos. Outside the US it’s even worse – there are no reports of land-based casinos moving online at any meaningful scale.

The other big US casino operators kept their powder dry, until Foxwoods launched a Simulated Gaming™ website powered by GameAccount Network’s regulated Internet Gaming System and taking a markedly different approach to implementing the same commercial objectives. Hosted off-Facebook (to avoid paying Facebook 30% of virtual currency purchases) and offering genuine Class III gaming slots, over one trillion virtual dollars have been virtually wagered by a still-modest number of players (in the context of Facebook’s Social Casinos, which have millions of daily players).

Simulated Gaming™ is the brain child of GameAccount Network PLC, which realised an unspoken truth in 2013: For decades land-based casinos worldwide have bought slot machines from manufacturers, each typically for tens of thousands of dollars, making the slots famous and creating latent demand among consumers to play the same games, online. The advent of Facebook created an all-powerful online platform for manufacturers to move online and serve that latent demand for their games online. Land-based casinos are now galvanised to move online by the tens of millions of dollars income each quarter that is now reported by publicly-traded manufacturers offering Social Casinos on Facebook operated on a free-to-play and pay-to-play basis (called ‘freemium’ in many circles).

Before any land-based casino moves online with their own freemium offering, they might want to consider the following:

1. Is my technology supplier competing with me by operating a social casino on Facebook?

2. Does the content make sense, in the context of my existing land-based business?

3. Do I really want to pay Facebook 30% of gross income, before my marketing costs and content costs? Surely I can launch an Online Casino which isn’t reliant on Facebook’s platform?

4. Can I converge the consumer experience? Connecting the online account with my land-based casino customer rewards program should be a priority – who have a proven track record at this?

5. Who has the experience of providing technology to land-based casinos, and can advise us on how best to cross-sell to our patron database and human traffic to the property?

Inevitably, these questions are designed to funnel a smart land-based casino operator to the conclusion that they should be working with GameAccount Network PLC, the inventors and pioneers of Simulated Gaming™ and owners of US-patented convergence mechanisms from land-to-online. This is an editorial, after all … but the truth is precious few land-based casino operators in the US, Europe or Asia have moved online, mostly because they simply don’t know how to start. GameAccount Network PLC is today a publicly-traded company, with a shareholder mandate distilled into “Delivering Your Business Online”.

We have a proven track record in delivering land-based casinos online for real money regulated Internet gaming as well as simulated Gaming. We have over 200 games in our library, many recognized Class III slots from global manufacturers. We have integrated with four casino management systems for delivering converged land-to-online consumer experiences. We are a regulated Internet company based in the UK with over twelve years experience of Internet gaming in regulated markets, with a clean probity/compliance track record.

Let us help you online, and claim your share of the Internet gaming revolution. Opportunity comes to pass, not to pause. Always.