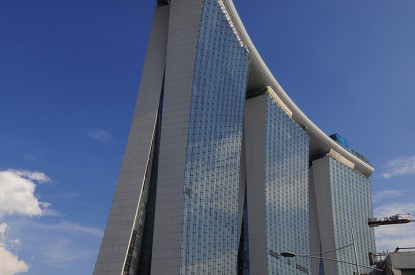 The Singapore government is considering introducing a ‘visit limit’ law to protect financially vulnerable locals who visit the casinos too much whilst allowing the regulator to enforce a fine of up to 10 per cent of Gross Gaming Revenues on operators who breach the law.

Whilst the maximum penalty that Casino Regulatory Authority could now demand is S$1m, fines could potentially exceed $200m following amendments to the law.

The changes are geared towards keeping Singapore’s two integrated casino resorts as ‘fully-fledged tourist destinations, not just casinos with frills.’

The government, as one of several amendments to the Casino Control Act in respect of five areas – Crime, Gaming, Social, Economic and Tax.

Casino entrance fees paid by Singapore’s nationals generated S$93m (US$73m) for the first half of the year.

Josephine Teo, Minister of State for the Finance Ministry, said: “The casino operators have made more money, but at the same time it contributed to our tax revenues. Through these tax revenues, the government is able to provide support to Singaporeans in many areas and expand our resources.”

The levees of S$100 a day or S$2,000 annually were brought in so that locals would be encouraged not to go into the casinos. The total citizens and permanent residents paid last year reached S$195m. Gaming taxation amounted to S$900m 2010 and S$1.1bn in 2011.

In an extensive public consultation paper, the government is proposing that the National Council on Problem Gambling (NCPG) is allowed to issue visit limits along with family members who can issue Family Exclusion Orders and individuals, who will be able to apply through voluntary self-exclusion. There are about 4,000 to 6,000 ‘high frequency gamblers’ defined as customers who make six to 10 casino visits a month.
Past posting and carrying chips worth $10,000 or more outside the boundaries of the designated site are also being considered as casino crimes. The possession of counterfeit chips and the materials to make counterfeit chips will also be deemed a crime.
It will also be an offence for daily entry levy holders to stay in the casino for longer than 24 hours without paying another entry levy.

The National Council on Problem Gambling’s 2011 prevalence survey found that probable pathological and problem gambling (PPG) rates among Singapore Residents have remained stable between one per cent and two per cent.