Slovakia – Bratislava presses ahead with second attempt to wipe out gambling 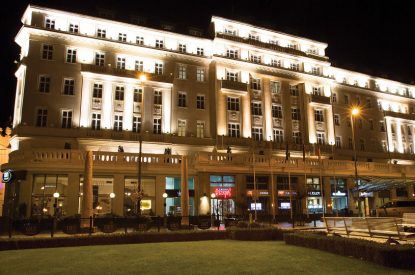 Bratislava City councillors voted to ban gambling again in the Slovakian capital on December 17 with the ban on new venues to come into effect at the start of the New Year.

Existing casinos will be allowed to run down their gaming licenses with most set to expire in 2023/2024. There are currently 89 slot halls, two bingo halls and six casinos in the capital, generating revenues of €2.76m. Two years ago there were 305 gambling venues.

With 39 out of 40 members voting in favour of the ban, it was something of a whitewash. A the first attempt to ban gambling from the capital lasted for less than two years from May 2017 to December 2018 after the Regional Prosecution Services said it did not comply with Slovakian law.

The mayor of Bratislava Matúš Vallo is hopeful the new law will move the city forwards but operators believe the sector will simply be driven under ground.

Caption: The Olympic Casino in Bratislava