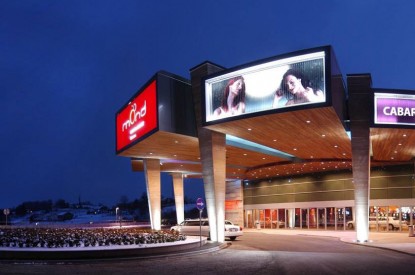 Slovenian operator Hit will spend €5m bringing a hotel to its casino in Mond in Šentilj, by the Austrian border, as part of its drive to bring well-rounded tourist offerings to strengthen the competitiveness of the Slovenian tourism economy.

Since opening in December 2007, the Mond venue, which serves as Hit’s gateway to Austria, has welcomed more than 1,668,000 guests with at least half coming from Austria.

Hit has seen its revenues rise by 35 per cent in the last year with a13 per cent rise in operating profit whilst EBIDTA increased by 125 per cent.

That growth has continued in January and February, up 23 per cent and 20.1 per cent compared to the same period last year.

Dimitrij Piciga, CEO of Hit, said: “The construction of a hotel in Mond is the next logical evolutionary step.”

In welcoming the project, Minister of Economic Development and Technology Zdravko Počivalšek highlighted that the last year has seen record revenues for the Slovenian tourism economy. He stressed the importance of the Mond hotel for both the local environment and tourism at the national level and beyond.

Hit estimates that adding a hotel will bring an additional 18,000 visits to the casino generating an extra €2.5m.