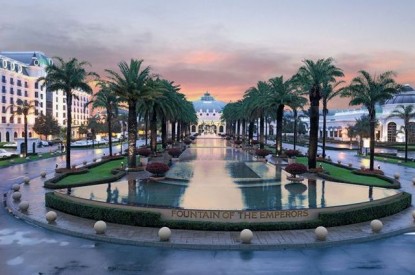 Chief Executive Anthony Puttergill revealed the deal would involve the early settlement of E416m (R4.1bn) in securities due in April 2014.

Such a conversion would prevent the need for hedges, which pushes up the cost of the debt to 14 per cent, above its 7.75 per cent coupon rate.

Jana Kershaw, a credit analyst at FirstRand’s Rand Merchant Bank said it was ‘preferable’ to have rand debt if a company’s revenues were in rand.

During the 12 months to March, Peermont generated revenue of R1.05bn, Puttergill withR522m of credit and cash available in the period.

“While our hotel occupancies are showing good signs of recovery, from a gaming industry perspective the environment still remains tough,” Mr. Puttergill said. “Consumers need to start feeling wealthier before they increase their average spend on gaming. The capital of the company needs to be restructured with less debt in order to provide further cash flow headroom and enhanced flexibility to pursue certain growth opportunities.”

Such growth opportunities are planned at the Thaba Moshate Hotel Casino and Convention Resort in Burgersfort in Limpopo where Peermont wants to spend R240m to develop the 40-room hotel, eight gaming tables and 150 slot resort next year.

Tsogo Sun, which last year combined with Gold Reef Resorts to form Africa’s largest casino operator, said in May that revenues increased by 15 per cent as profit margins grew for the first time since 2008. Sun International said at the same time that its GGR had soared by 11 per cent in the quarter to March from the year previous.