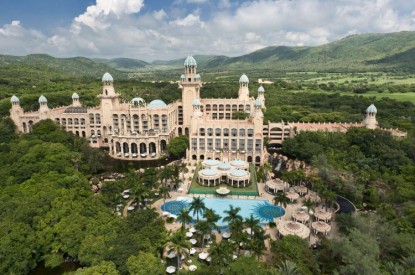 South African casino and hotel group Sun International has detailed the affect the COVID-19 pandemic has had on its business for the year ended December 2020, with group adjusted headline earnings falling from R763m to a loss of R1.1bn. As a result, the group has permanently closed the Naledi Sun in Bloemfontein and is looking to sell its Carousel Casino in the north of Pretoria.

Income from continuing operations fell by 49 per cent from R11.8bn to R6.1bn and continuing adjusted EBITDA reduced by 72 per cent from R3.2bnto R897m.
The group said: “In response to South Africa’s lockdown restrictions which commenced on 27 March 2020, all our group’s operations were closed from late March 2020 to June 30 2020. With the easing of the lockdown restrictions, our South African casino operations were able to resume trading with effect from July 1 2020, with Sun City having re-commenced trading in September once the restrictions on inter-provincial travel were lifted and The Maslow Sandton and The Table Bay hotels having re-opened in October and November respectively. Our operations in eSwatini remain closed while our operations in Nigeria resumed trading in September 2020. Casino operations were able to return to business, subject to strict operational protocols being put in place and limitations on the number of guests permitted in the casinos of up to 50 per cent of normal guest capacity.”

“While the hotel industry has re-opened for domestic leisure and business travel, trading levels remain severely muted. International travel for business and leisure purposes resumed on 1 October 2020 albeit with strict restrictions in place.”

Sun City re-opened on September 2 2020, The Maslow Sandton on October 1 2020 and The Table Bay Hotel at the beginning of November 2020.
“The easing of lockdown restrictions to level 1 increased domestic leisure travel demand into our resort destinations such as Sun City and the Wild Coast Sun. The Sun Vacation Club at Sun City performed well under these trading conditions achieving occupancies of 79 per cent,” it said. “We expect a slow recovery from our international business segment which will impact trading at The Table Bay in Cape Town and at The Palace at Sun City.”
For the first six months of the year in South Africa, income declined by 55 per cent to R2.5bn compared to the prior corresponding period, with adjusted EBITDA down by 95 per cent to R80m.

With the resumption of trading of most operations from July 1 2020, income and adjusted EBITDA improved steadily throughout the remaining six months until the move to an adjusted level 3 lockdown, the imposition of the 8pm curfew and alcohol sales ban in mid-December 2020.
This led to a significant drop in activity and cancellation of bookings for the second half of December 2020 and into January 2021, the group said.
For South Africa, casino income slumped to R4bn, down 50 per cent from 2019, while rooms revenue declined 38 per cent to R368m, and food and beverage revenue dropped 37 per cent to R335m.

The group said that despite the extensive restrictions on trading, South African casino income showed a positive trend in the second half of the year and increased as a percentage of 2019 from 52 per cent in the third quarter to 71 per cent in the last quarter of 2020.

It explained: “Our casino market share since the lifting of the lockdown in the competitive Gauteng and KZN markets increased to 28.4 per cent and 39.6 per cent respectively which was 2.5 per cent and two per cent higher compared to the prior corresponding period in 2019.”

“Sun Slots has proved to be remarkably resilient despite the effects of the pandemic, with a strong recovery in trading following the suspension of the hard lockdown,” it added. “Post the lockdown, its operations have primarily been impacted by the ban on alcohol sales where several of its operations had to close. Despite not operating at full capacity during the second half of the year, income was only down 13 per cent on 2019, while for the last quarter of 2020 income was up four per cent compared to 2019. Overall income declined by 32 per cent with adjusted EBITDA down 40 per cent for the year.

“SunBet was severely impacted by the suspension of most sporting activities during the lockdown with income being only 41 per cent of 2019 levels in the second quarter of 2020. For the first, third and fourth quarters, income was up 13 per cent, 19 per cent and 60 per cent respectively,” it added. “Overall income was up two per cent for the year with adjusted EBITDA up seven per cent. To complement our sports betting offering, we have introduced our Lucky Numbers and Bet Games products which is growing in popularity amongst our current customers as well as attracting new customers. We expect online to continue to be a key source of growth going forward.”

“The closure of our operations gave us the chance to undertake an in-depth review of our processes, operating structures, systems and guest offering and experience. This review resulted in the identification of costs savings in outsource and service provider contracts, IT systems and other general costs of over R250m in South Africa,” Sun International explained.

“Despite the restructure, the Carousel continued to trade unprofitably. In November 2020 we concluded an agreement to dispose of the gaming equipment and transfer of the casino licence. The disposal is conditional upon final approval by the North West Gambling Board which is still awaited. The acquirer is operating the casino by way of a management agreement assuming all risks and rewards of ownership and is paying a rental for the use of the property. During 2020, we appointed a property broker to dispose of the Carousel property. We have received various expressions of interest and are working closely with the brokers to secure a sale of the property.”

At the start of the lockdown, Sun also took the decision to permanently close operations at Naledi Sun in Bloemfontein. Subsequently the casino licence was surrendered to the gambling board and its employees retrenched, the group explained.