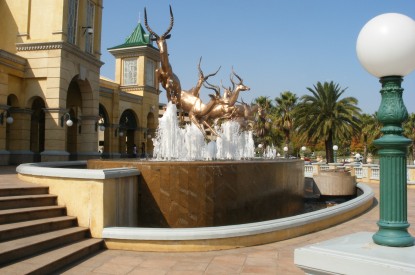 ‘Solid’ is how Tsogo Sun Holdings described its annual results for its first full 12 months of trading following its successful merger with Gold Reef in February 2011 although ‘accelerated’ would perhaps be a better summary.

Total income at R9bn ended 39 per cent higher than the previous year with both casino win and hotel occupancy showing accelerated year-on-year-growth, particularly in the second six months of the year.

Bringing Gold Reef properties under the Tsogo Sun umbrella progressed smoothly and is now largely complete, culminating in the rebranding and launch of the group’s new-look identity in April 2012.

The redevelopment of the Hemingways casino in East London continued in terms of the R400m relicensing successfully completed in the prior year.

Chief Executive Officer Marcel von Aulock said: “We have plans, which are at an advanced stage, to invest R320m in the redevelopment of Silverstar Casino which will include cinemas, restaurants, concert and entertainment areas and conferencing facilities to better service the West Rand market. We are also considering the redevelopment of the Gold Reef City Theme Park, the expansion of Suncoast Casino and the opportunity to bid for the relocation of one of the smaller casinos in the Western Cape to the Cape Metropole.”

Mr. Von Aulock concluded: “The accelerated trading performance across the group’s operations in the second half of the year is encouraging although the sustainability thereof is uncertain. Nevertheless, the group remains highly cash generative and has significant opportunities to invest capital in its growth strategy.”