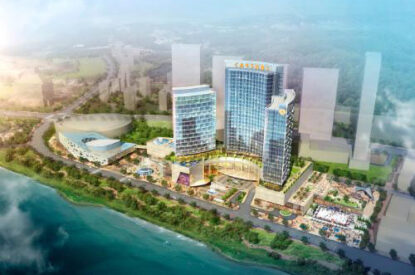 Caesars Entertainment has found a new partner for its casino development project in South Korea with Guangzhou R&F Properties taking on a 50 per cent interest in a joint venture company.

The joint venture will then acquire LOCZ Korea Corp, which is the firm responsible for the development, construction and operation of the integrated resort.

The agreement will see R&F Properties and Caesars Entertainment both contribute US$30.5m, as well as potential further equity contributions of up to US$110m.

Guangzhou R&F Properties said it intends to fund its commitment for the JV Company from the group’s internal resources.

Caesars original partner in the development, Lippo Worldwide Investments, a Hong Kong-based property developer, said back in March that it no longer wanted to participate in the project citing the ‘current outlook for the gaming industry in North Asia and the volatility of the global economy.’ Lippo and Caesars Korea Holding had formed a consortium that had planned to pay US$95.9m for land to house the integrated resort, which has already been approved by the South Korean government. The Incheon project has been pitched at costing US$739.2m with a floor area of more than 150,000 square metres.

Lippo said it was still in discussions with Caesars regarding the disposal of its stake in the proposed casino, explaining that an exit agreement would likely to be reached soon.